— producers awarded in 2014 give their views

Whilst grain producer excellence on farm level has been recognised by Grain SA for many years, 2014 represented a year of change as the format of the Grain Producer of the Year awards was expanded to also include a category for subsistence farmers and one for smallholder farmers. The latter categories now share the podium with the New Era Commercial Farmer of the Year and the Grain Producer of the Year. SA Graan/Grain asked each winner’s opinion about what taking part in the adjudication meant for their farming operations. 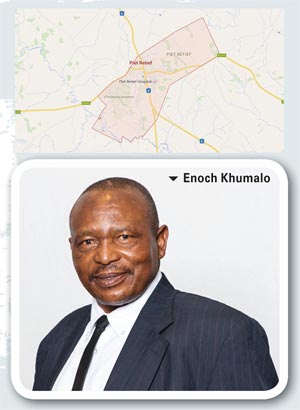 Mr Enoch Khumalo was a farm worker for about 30 years, mainly working with sheep and cattle. He is now a maize farmer.

What is the key to your success?

Listen and learn – I joined Grain SA’s Donkerhoek study group a few years ago and attended all the courses as well as all the meetings and lectures. I went back to my farm and applied my knowledge. I farm scientifically, fertilisation recommendations are done with soil analysis; weed control is excellent and done chemically. I plant suitable cultivars and keep to the correct planting time and practices.

I have the qualities to expand and it is here where the competition will be very valuable to me. Everything I have done to this point has been with my own finances; I’ve received no financial help from the government. I hope this award will enable me to get the help that I need to expand my farming operation. 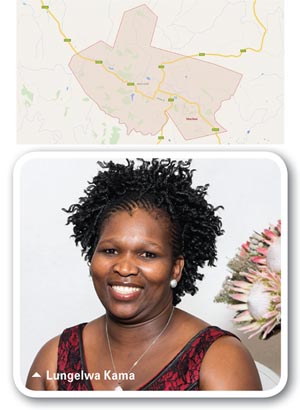 The Department of Rural Development and Land Reform made available a farm in the Eastern Cape to Ms Lungelwa Kama and also provided some implements. She has managed to lease additional land on which she plants maize and in addition to that, she also farms with potatoes and cattle.

It exposed me to the expertise of other farmers in South Africa and to what makes them successful, as well as to what Grain SA is all about. I have also received financing for my inputs from Humansdorp Co-op. Being part of the programme boosted my ego and I have positively influenced other farmers in the area, particularly women and youth. The Department of Agriculture, Forestry and Fisheries has paid visits to my farm with a view to a possible partnership.

I’ve also received the support of Syngenta, Monsanto and Profert and for me that hasn’t gone unnoticed. 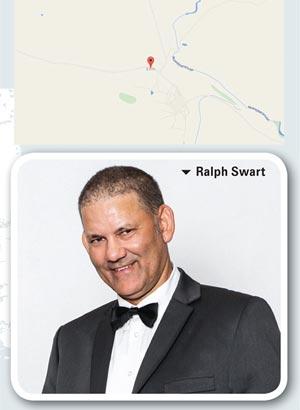 Ralph Swart has been farming for over 32 years and plants wheat, barley, triticale and oats and also runs as a livestock division that consists of sheep, cattle and ostriches.

It has given me a lot of exposure. Doors began to open and we can now start to reap the fruits of all our hard work – we have received donations, inputs, cash prizes and tours. We have been to Argentina and there is a possibility of us going to Paris to the International Agricultural Show.

What is your advice for other farmers who want to be considered for this award?

Good decision-making and planning is cardinal. Start to seriously consider conservation farming. Be constantly on the lookout for new challenges. Participate in agricultural invitations and ask questions where necessary. Become part of Grain SA’s programmes, it is a must. Hang in there if you are a farmer and want to stay a farmer. Mentoring is also very important for farmers. 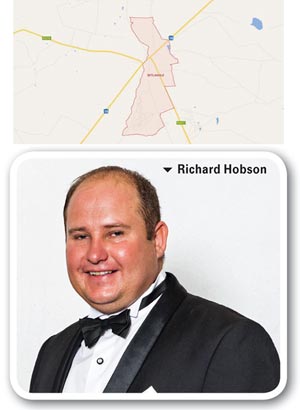 The adjudication team is very professional and competent and producers can really learn from them. It is very valuable to see yourself compared to world class producers and criteria.

What is your message to other producers in South Africa?

Let’s be positive about our industry and about the opportunities it offers as well as the challenges it presents. Let us join hands with organised agriculture, let’s make their hands strong, so that they can give us a channel to communicate with the policymakers of the country. Let’s make agriculture an industry with a bright future, for both black and white producers.

The real SOUTH AFRICA – not the new South Africa