International research has estimated that annual yield losses due to pests and pathogens can be as high as 30% in sorghum. The release of new sorghum cultivars necessitates the need for cultivar evaluation to determine disease susceptibility to all known sorghum diseases in South Africa.

Each of these diseases requires specific environmental conditions in order to manifest on susceptible cultivars. Not all are, however, of equal economic importance to South African sorghum production.

Cultivars were planted at the end of November 2017 in a split plot design with two treatments, replicated three times. Treatments included plots sprayed with a single broad spectrum strobilurin and triazole fungicide and unsprayed control plots.

The fungicide was applied 60 days after planting under natural pathogen infection. Disease ratings were conducted visually – per row – at 60 days, 90 days, 120 days and 150 days after planting. Disease severity was expressed as an average percentage of diseased material observed over the plot and the area under disease progress curve was calculated for each cultivar for both sprayed and unsprayed plots. 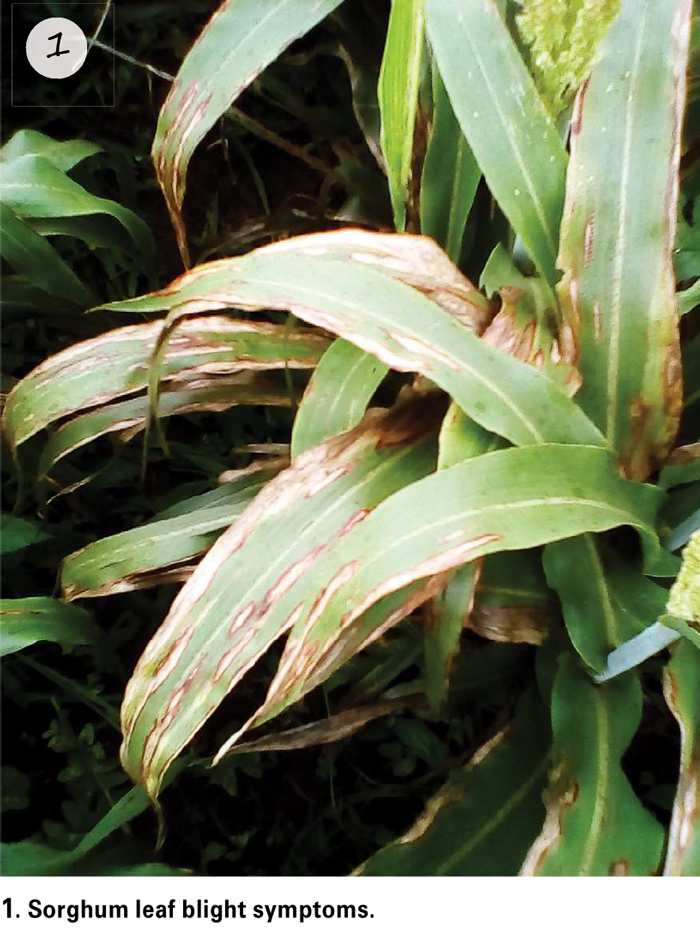 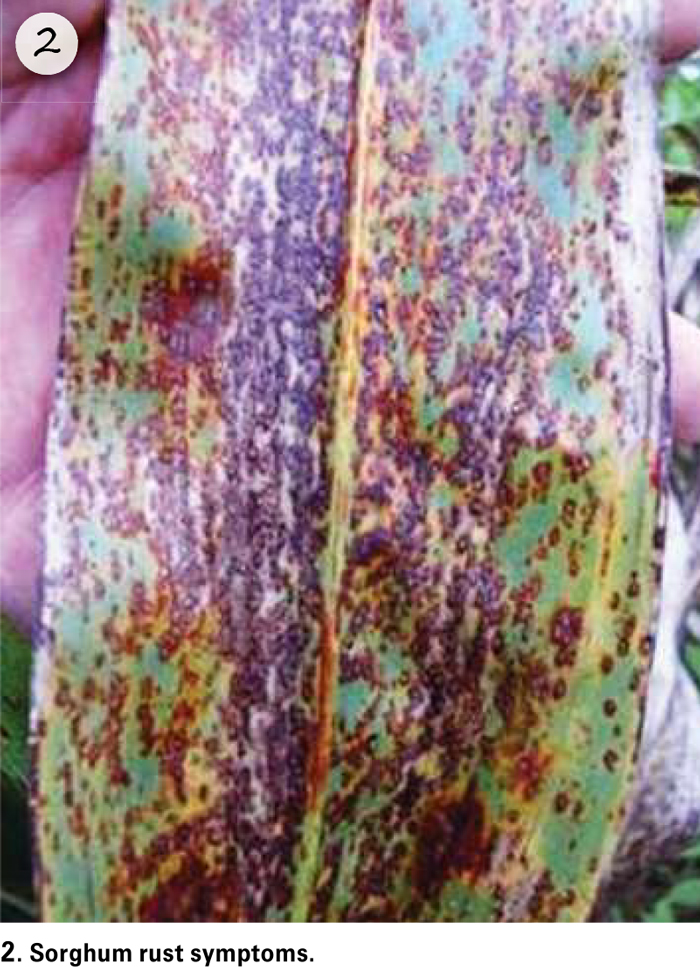 Only one cultivar (Titan) was resistant to leaf blight, whereas seven cultivars, namely PAN 8945, PAN 8816, PAN 8625, Dominator, Bullet, Enforcer and Mr Buster were highly susceptible to leaf blight. PAN 8944, Avenger and Swift were moderately susceptible when the fungicide was not applied (Table 1). 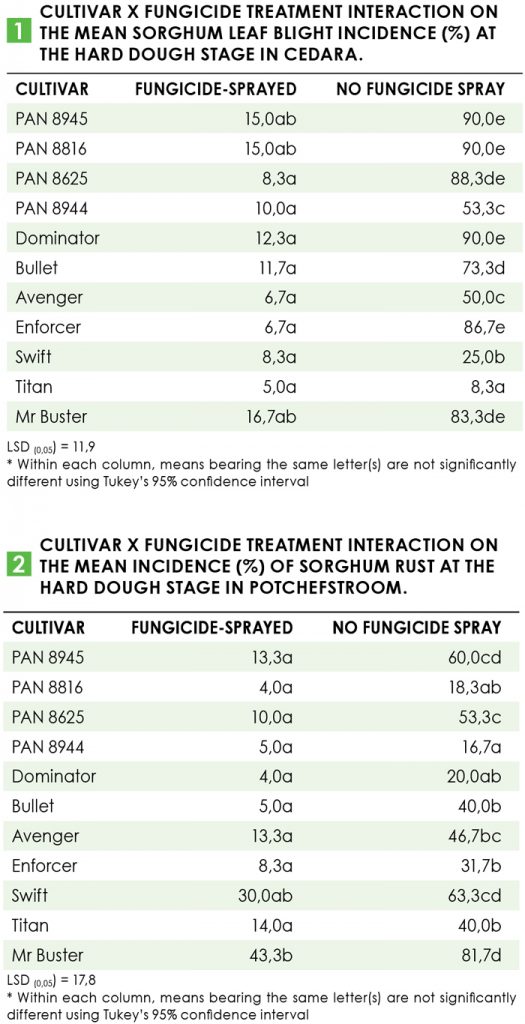 Rust incidence observed in the fungicide plots of the majority of cultivars evaluated varied between 4% to 14% (Table 2). The cultivars Swift and Mr Buster, however, still developed disease severity of 30% and 43,3% respectively, irrespective of the fungicide application (Table 2).

PAN 8945, Swift and Mr Buster were highly susceptible to rust, and the remaining cultivars moderately susceptible when the fungicide was not applied (Table 2).

These results indicated that a single fungicide application per season reduced leaf blight incidence to levels between 8% to 16% in most cultivars at Cedara. This shows that there is a need for a second application under climatic conditions at Cedara to bring infection levels to less than the recommended 3% threshold. 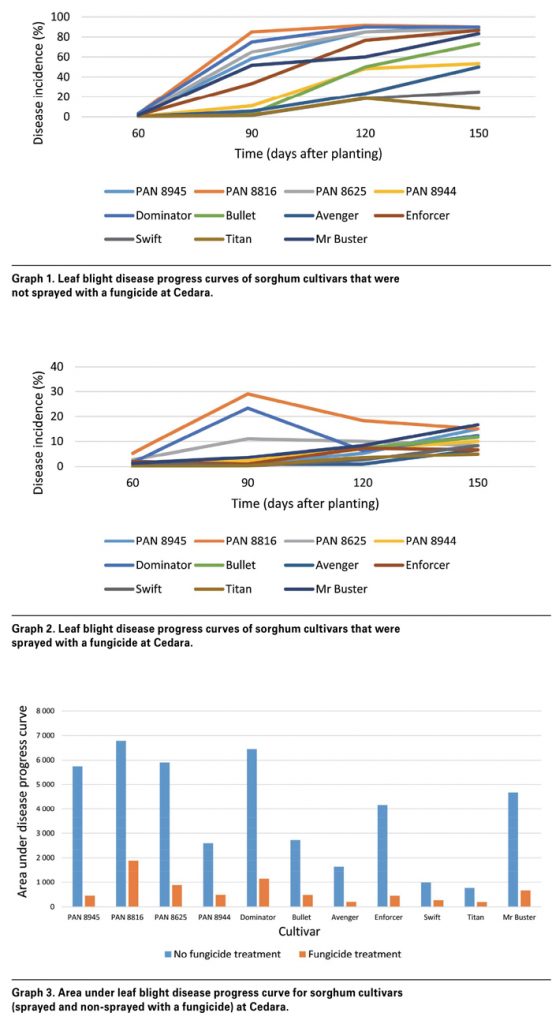 It should, however, be noted that as different races of E. turcicum are present in South Africa, it is possible that cultivars will demonstrate different levels of resistance depending on the area. The cultivar responses presented in this article are accordingly based on the races present at Cedara.

Mr Buster and PAN 8945 were highly susceptible to leaf diseases at both Cedara and Potchefstroom. 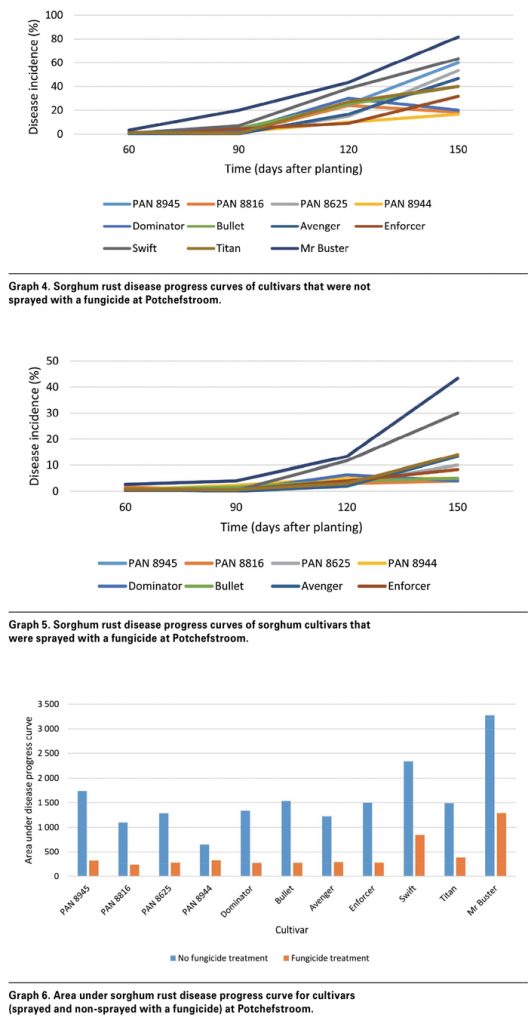 Cultivar selection, fungicide application and the timing of application are all important in the integrated management of leaf diseases of sorghum in South Africa.

It should be noted that these are results from the first season and cultivar evaluation trials were repeated during 2018/2019.