In the sixth annual sunflower crop quality survey that was performed by the Southern African Grain Laboratory (SAGL), 176 crop samples representing the various production regions were tested. Samples, provided by members of Agbiz Grain, were forwarded to SAGL by commercial grain silo owners and received from July to November 2018.

These values were determined by following the standard working procedure for the Kern 222 instrument, as described in ISO 7971-3:2009, to obtain the g/1 litre filling mass of the sunflower seed samples, which was then divided by two. The g/½ litre filling mass thus obtained, was then used to extrapolate the test weight by means of formulas obtained from the Test Weight Conversion Chart for Sunflower Seed Oil of the Canadian Grain Commission.

Quality – grading
Full grading was done in accordance with the regulations relating to the grading, packing and marking of sunflower seed intended for sale in the Republic of South Africa (Government Notice No. 45 of 22 January 2016). 143 (81%) of the samples were graded as Grade FH1, while 33 samples were downgraded to Class Other Sunflower Seed (COSF). During the previous two seasons, 15% (2016/2017) and 22% (2015/2016) of the samples were downgraded to COSF.

The majority of samples (18) downgraded this season was as a result of the percentage of either the screenings or the collective deviations or a combination of both exceeding the maximum permissible deviations of 4% and 6% respectively. A further nine samples were downgraded due to the presence of poisonous seeds (either Datura spp., Crotalaria spp. or Xanthium strumarium) exceeding the maximum permissible number.

North West (99 samples) reported the highest weighted average percentage screenings namely 2,18%, followed by Limpopo (five samples) and the Free State (64 samples) with 1,84% and 1,56% respectively. Mpumalanga (eight samples) reported the lowest average percentage screenings of 1,33%. The weighted national average was 1,91% compared to the 2,18% of the previous season. No samples were received from Gauteng this season.

The highest weighted percentage foreign matter (1,4%) was reported on the samples from the Free State. The North West Province averaged 1,06% and the lowest percentages were found in Limpopo and Mpumalanga with 0,68% and 0,66% respectively. The South African average was 1,16% compared to the 1,06% and 1,41% of the previous two seasons.

Sclerotinia
The number of samples received for this survey that contained sclerotia from the fungus Sclerotinia sclerotiorum, almost tripled from 28 samples (16%) in the previous season to 78 samples (44%) this season. 41 of these samples originated in the North West Province, 28 in the Free State, eight in Mpumalanga and one in Limpopo.

However, none of these samples exceeded the maximum permissible deviation of 4%. Weighted average levels ranged from 0,02% in Limpopo to 0,36% in Mpumalanga. The national average of 0,17% was slightly higher than the 0,11% of the previous season. 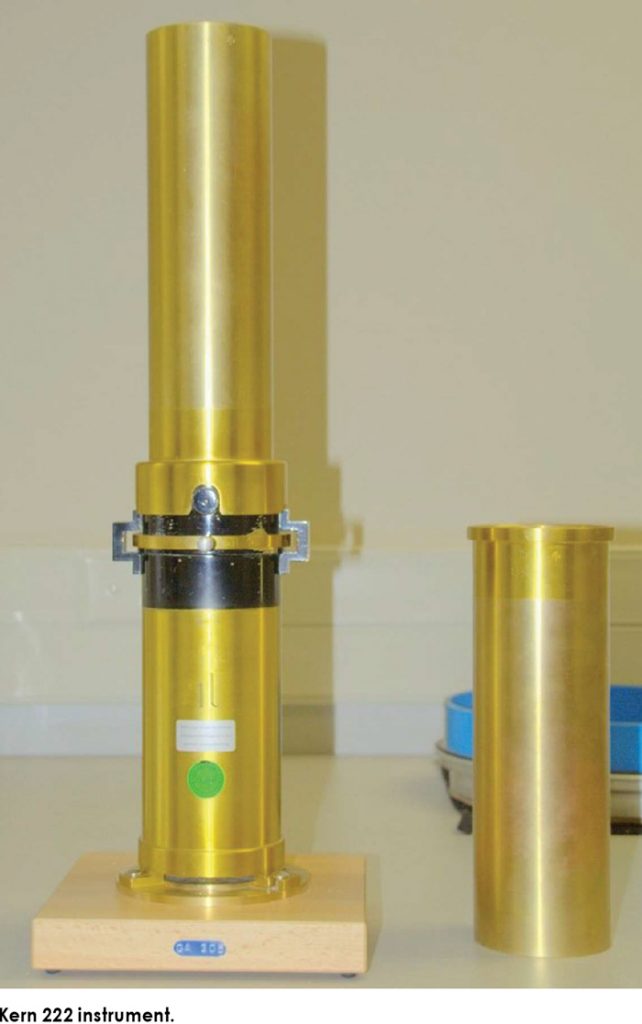 According to an article published by researchers of the Department of Plant Sciences: Plant Pathology Division of the University of the Free State, there are currently no commercially available sunflower or soybean cultivars worldwide that are resistant to the fungus (pathogen). The manner in which sunflower and soybean cultivars differ in their response to the pathogen under disease-favourable conditions, enables farmers to select cultivars that are more tolerant. This reduces the risk of infection, yield losses and inoculum build-up in the fields. 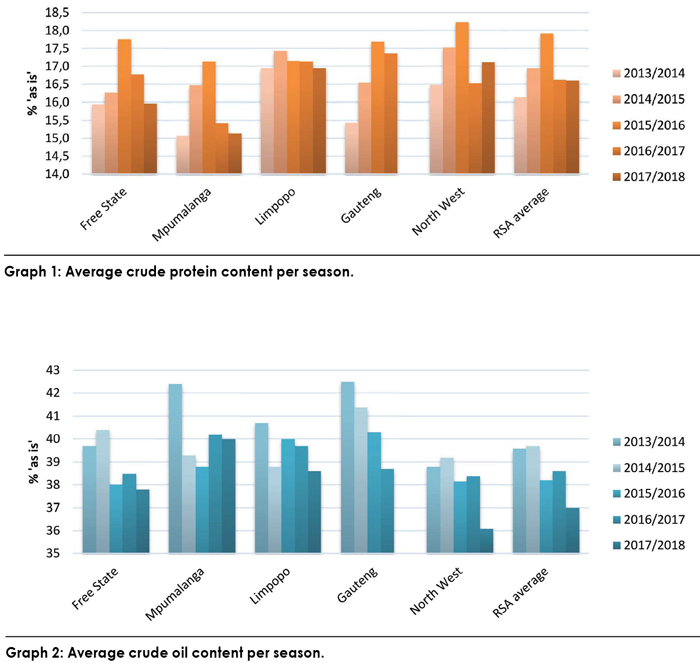 Globally, the Ukraine and Russia are the main sunflower producing countries, while in South Africa the Free State and the North West Province contributed 95% of the total crop. World sunflower seed production figures were obtained from the National Sunflower Association’s website (www.sunflowernsa.com) and national figures from the Crop Estimates Committee (CEC) of the Department of Agriculture, Forestry and Fisheries (now Agriculture, Land Reform and Rural Development).

South Africa’s national yield average increased by 4,4% to 1,43 t/ha, the highest national average to date. Less than 1,5% of the sunflower seed produced in the country this season was planted under irrigation.

Visit our website (www.sagl.co.za) to view the annual national crop quality reports which are available from the 2012/2013 season. The reports are also available for download in a PDF format.

TRANSFORMATION is a change of heart