Home RELEVANT Road Traffic Act: Know what is expected of you 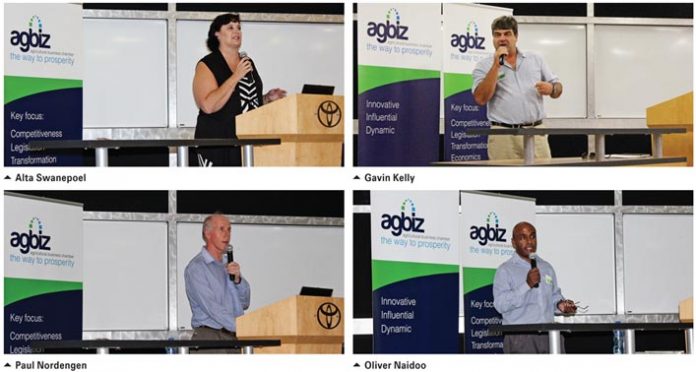 A successful Agbiz Grain Logistics workshop was held on 11 February this year to address aspects of the National Road Traffic Act 22nd Amendment affecting the transporters of grain. Although 135 delegates from the grain handling and storage industry attended the workshop, the information is also relevant to grain producers who transport grain to the silos or to the site of a buyer such as a mill or a processor.

The new regulations pertaining to the National Road Traffic Act, which came into effect on 31 October 2014 and on 31 January 2015 (Regulations 330A to 330D) apply to consignors (senders) and consignees (receivers) that transport 500 000 kg and more per month.

Mrs Alta Swanepoel, a legal expert, was one of the speakers at this workshop.

Section 74A of the Act requires a consignor, as well as a consignee, to take all reasonable steps to avoid overloading a vehicle. Furthermore, in the event of prosecution, the consignor or consignee must be able to indicate what steps were taken to avoid the overloading of vehicles. Section 74B requires accurate documentation, as it may be used as evidence in court cases. Regulations 330A and 330B explain in detail the responsibilities of a consignor or consignee. 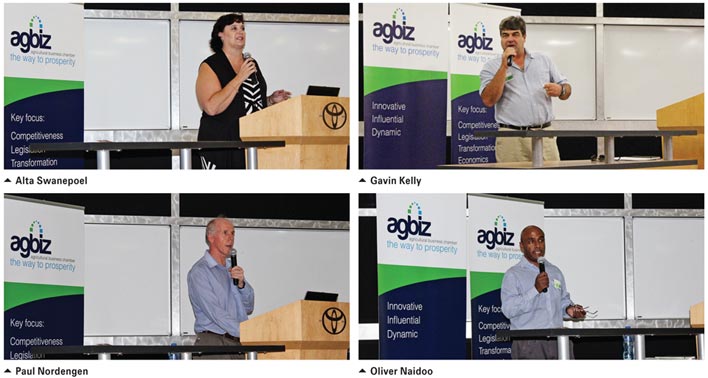 Offering and acceptance of goods on overloaded vehicles are prohibited

This regulation states that a consignor or consignee of goods shall not offer goods or accept goods if the vehicle in which it is transported is not loaded in terms of the provisions for the loading and transportation of goods as prescribed in this Act.

“Traffic officers will quickly detect if a vehicle carries more weight than it should. The documentation that has to accompany a vehicle will be a give-away if the truck is overloaded. If the officers have their doubts, the vehicle will be directed to the nearest weighing bridge and this is compulsory,” Swanepoel said.

She said that the distribution of the weight on a truck is the important factor that determines the load’s potential to damage roads.

“In the past, most consignors only checked the total mass of the vehicle and not the axle masses as well. The new regulations stipulate that the weight that each axle carries must be calculated, as well as other factors, such as the weight of the diesel or petrol it carries. A “one-tonner”, for instance, does not mean that the truck can carry one ton of weight. Other factors also add to the one ton and these have to be calculated as well,” Swanepoel explained.

Agbiz Grain gives a four step process for consignors to follow in order to end up with the right compliancy solution:

Goods declaration to be carried on a motor vehicle

The Road Traffic Act 22nd Amendment requires a person operating a motor vehicle which carries goods on a public road, to be in possession of a declaration containing the following information:

A consignor or consignee of goods shall not transport goods on a public road or accept goods unless such transportation is fully insured for damages that can occur as a result of an incident.

Swanepoel said that some of the other amendments to the National Road Traffic Act also include that 80 km/h signs on the back of trucks are compulsory as from October 2014, speed limitation devices will be required on all new vehicles from December 2016 and all new trucks will be fitted with this device.

If you do not comply…

For overloading you can be fined up to R240 000 or six years imprisonment (one year imprisonment = R40 000) or both. Swanepoel says that this offence is on the same level as drunken driving – “two of the most serious offences of the National Road Traffic Act”.

Mr Gavin Kelly from the Road Freight Association (RFA) says that inconsistent policing is the first challenge they are faced with. “There are huge levels of corruption among officers, stretching from fines to dockets. Traffic officers have poor technical skills and can often not perform basic, but also fundamental tasks,” Kelly said.

A second challenge is administration. Some of these difficulties include: Lengthy delays in getting permits and licences out and no co-ordination between transport and traffic departments.

When it comes to freight policy, government believes that removing trucks off the roads will “solve” many problems like congestion, pollution, accidents and road damage. “Such a short-sighted approach  will damage many business undertakings.”

The biggest challenge in this country in terms of road freight is operator licensing. “These problems include poor control over the granting of operating permits; no centralised system to record operator details and their history; and non-compliant operators who operate under the radar and who seem to be immune.” Some other challenges include: Aberrant operators getting back on the roads without having had to correct their operations or the condition of their trucks. Problem vehicles are not taken out of circulation, problematic test centres are not dealt with and there is widespread corruption in certification.”

The question is who you hold accountable for poorly managed, unroadworthy vehicles. He suggests that the industry should become a role-player in assessing roadworthiness and driver fitness.

To comply with this system, participants should apply to the following rules: Maintain a haulage fleet inventory, assessing vehicles before each trip, verifying the mass determination method, vehicle and load safety, vehicle maintenance, driver wellness (fatigue and health), providing training and education, keeping records and documentation.

“Being RTMS accredited also report qualitative benefits such as a reduced turnover of drivers due to HIV-related issues, an improved standard of living among drivers, an improvement in driver wellness, resulting in a consequent decrease in absenteeism, reduction in breakdowns, improved fleet utilisation, improved driver behaviour and more control and confidence in the company,” Nordengen said.

Mr Oliver Naidoo from JC Auditors, the company responsible for the accreditation of the RTMS, says that RTMS certification requires an operator to demonstrate compliance with the SABS standard, SANS 1395-1:2012, formerly ARP 067-1:2006.

“Its main purpose is to encourage operators to implement a structured management system that enables operators to safely and effectively manage operations, by embracing the philosophy of continuous improvement,” said Naidoo.

For more information on getting RTMS accredited, visit RTMS’s website at www.rtms-sa.org.