Home ON FARM LEVEL Emerging mycotoxins – should we be concerned?

Mycotoxins are naturally occurring, secondary metabolites produced by various fungi (the most prominent being Fusarium and Aspergillus spp). Mycotoxigenic fungi can infect a wide range of crops and produce mycotoxins pre- and post-harvest.

Contaminated grain can be a major health risk to humans and animals. Essentially, all of the agriculturally important fungal toxins were first recognised as animal diseases, and often there was a long journey before their significance in humans was adequately understood.

Furthermore, analytical methods for mycotoxin quantification was limited. Presently, it is relatively easy to identify and quantify the principal mycotoxins that affect food and feed. To ensure food and feed safety, many countries have established regulatory limits for mycotoxins. However, these regulations only cover some of the known mycotoxins such as aflatoxins, fumonisins, ochratoxin A, deoxynivalenol and zearalenone.

Emerging mycotoxins – a South African study
In South Africa, the second most occurring fungal pathogen on maize ears is Fusarium subglutinans (Photo 1). Prior to 2011, research and publications reported that fumonisins, moniliformin, fusaric acid, fusaproliferin and beauvericin were produced by F. subglutinans.

In 2011, the F. subglutinans strain that produced beauvericin was renamed as F. temperatum. These fungi cannot be morphologically differentiated, but they can be differentiated by means of sequencing (differences in DNA patterns is analysed).

The aim of our study was to determine the distribution from different climatic zones and mycotoxigenic potential of F. subglutinans and F. temperatum in subsistence and commercial maize producing areas of South Africa. To achieve this, we studied a total of 180 Fusarium subglutinans strains (stored at the ARC-Grain Crops at -70°C) previously collected (2007 – 2009) from maize grain from commercial and subsistence farmers’ fields from eight provinces in South Africa.

To determine the occurrence of mycotoxigenic Fusarium spp. in South African maize fields, eleven different maize cultivars were collected from five provinces (eight localities) in the main maize production areas of South Africa (2016 – 2017). Fusarium spp. were isolated from these grain samples and identified.

Results
Of the 180 Fusarium strains (stored at -70°C), 46 strains were identified as F. subglutinans and 134 strains as F. temperatum.

Mycotoxin producing ability of the strains
Fungal strains were sent to Italy for mycotoxin quantification and neither F. temperatum nor F. subglutinans produced fumonisins. F. temperatum produced beauvericin in eight isolates ranging from 0,3 µg/g to 9,6 µg/g.

Both F. temperatum and F. subglutinans produced moniliformin in some of the isolates ranging from 35 µg/g to 9 296 µg/kg.

Mycotoxigenic Fusarium spp. from grain collected at producers’ fields
The isolate frequency of Fusarium spp. from maize grain collected during 2016 to 2017 showed that F. verticillioides was present in all localities with the highest frequencies at Coligny (79%), Potchefstroom (95%), Tweebuffelsfontein (98%), Wesselsbron (79%) and Vaalharts (56%).

Discussion
Most strains that were previously morphologically identified as F. subglutinanws were in fact F. temperatum. It is evident that F. verticillioides is still the prevalent fungi infecting maize grain in producers’ fields, especially in warmer maize producing areas. F. temperatum was more predominant in cooler, moist (misty) areas. The F. subglutinans isolate frequencies of 36% at Vaalharts (warm area) in the 2016 to 2017 season, is a production constraint.

It is important to note that these strains can produce these mycotoxins in field grain if a susceptible host and favourable environmental conditions exist. Fumonisin B1 was present in all the grain samples (2016 – 2017) and beauvericin was present in two samples in the Free State and one sample in North West Province.

Value of this research to the industry
From this study we have identified which strains of F. temperatum is low or high moniliformin and beauvericin producers. We have identified the F. subglutinans strains with low or high moniliformin producers. These strains are maintained at -70°C and can be used in future studies (health, regulations, co-occurrence with other mycotoxins).

We have shown that in the 2016 – 2017 season, the emerging mycotoxins moniliformin and beauvericin was not a threat in the production of safe maize grain. Although the principal mycotoxin (fumonisin) was present in all the samples, levels were below 4 000 µg/kg. 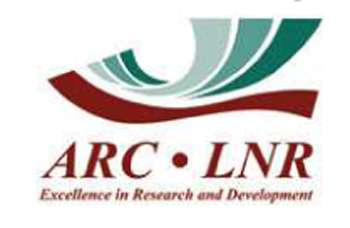 SPONSORED CONTENT Thabang - December 9, 2020
0
There has historically been limited herbicide solutions available in sunflowers for weed control after crop emergence and producers were reliant on the residual action of pre-emergent herbicides applied during planting. The BASF Clearfield® Plus...
Read more