Home FOCUS ON: INTEGRATED PEST CONTROL Contribution of insects in agriculture: The value of ecosystem functions

According to a recent 2019 UN report on biodiversity, human activities are severely threatening global biodiversity, with a million species predicted to go extinct within the next few decades. What does this imply for our ecosystems and specifically for our agro-ecosystems and related food security?

Since many of the threatened organisms are an integral part of any functioning ecosystem, this may lead to the collapse of our life support systems. Insects contribute significantly to ecosystem functioning. Unfortunately, there are dramatic rates of decline in insects that may lead to the extinction of 40% of the world’s insect species because of habitat loss and the use of agrochemicals in agricultural systems.

Conservation agricultural systems, based on no-till practices, crop rotation, integration of cover crops and livestock and limited use of agrochemicals, may be the answer to slow the rate of insect biodiversity loss. 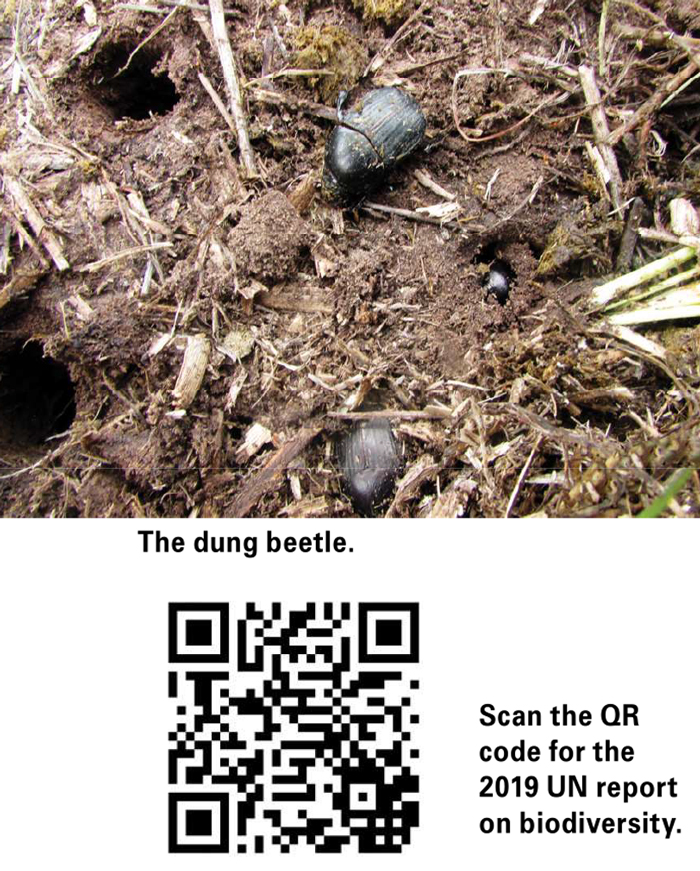 The CA practices here are characterised by no-till, crop rotation, integration of cover crops and livestock in the cash crop as well as limited use of agrochemicals. The conventional tillage practices are characterised by various tillage practices before and after planting and use of agrochemicals. Both the physical and functional diversity within a dung beetle assemblage were investigated in these systems.

The diversity in the CA system at Vrede was higher than in the conventional system throughout the monitoring period (Graph 2). 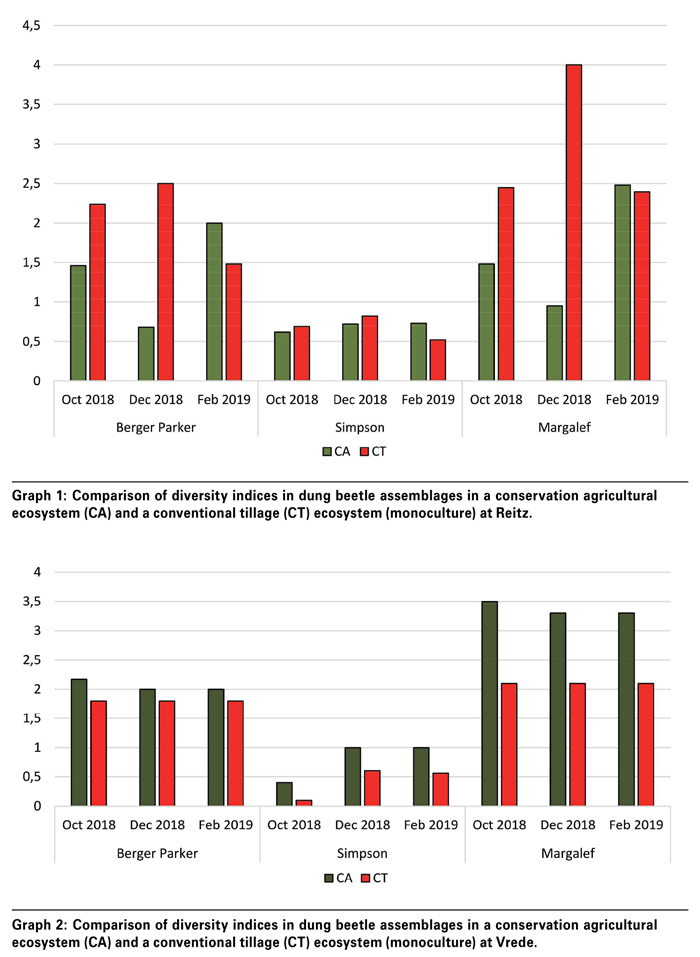 Functional diversity
A dung beetle assemblage can be divided into different functional groups based on the way in which different dung beetle species feed and manipulate the dung (Table 1). Ideally, in a sustainable ecosystem, the Functional Groups (FG) will be evenly represented in the system, since each group contributes to the successful decomposition and distribution of dung in the soil.

FGI, FGII and FGIII contribute the largest ecosystem function because of their size and ability to remove dung at a fast rate (Table 1). 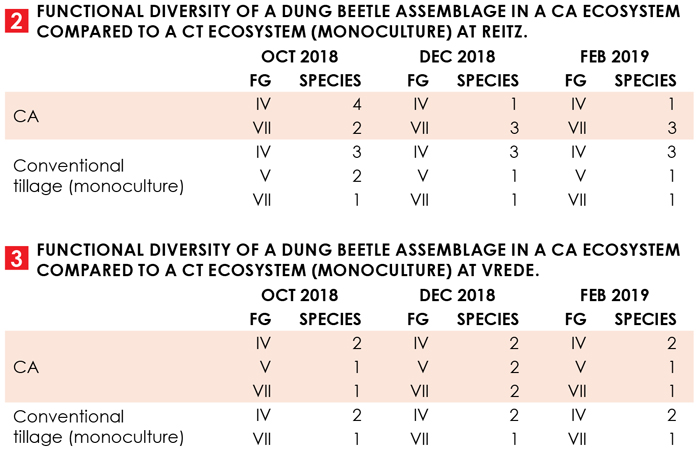 This shows that the functional diversity in these areas is low and will need to improve to benefit from the ecosystem functions provided by dung beetle assemblages.

Conclusion
Insect assemblages are dynamic and adapt to changes in the environment. The success of dung beetle assemblages in an ecosystem is influenced by many different factors including temperature, relative humidity, soil type and quality, vegetation type and diversity, and the diversity of large herbivores in the area. Recovering the biodiversity in these assemblages will therefore be different in different areas.

Monitoring of dung beetle assemblages in CA systems at Reitz and Vrede indicates that biodiversity is different in different systems and slowly increases as the system improves over time. The low functional diversity indicates an absence of specialist dung beetle species.

As the systems improve, accommodating more specialist species, the physical diversity in the dung beetle assemblages will also improve, increasing the functional diversity.

One way to improve the ecosystem to accommodate specialist dung beetle species and increase functional diversity would be to increase herbivore diversity as well as plant diversity.

Acknowledgements
Funding for this research is provided by the Maize Trust.