I have travelled many kilometres over the past three months. First during the holiday and then to all the regional meetings. One phenomenon everywhere on our country’s roads has got me thinking. It is those cars that pass you at 140 km/h going downhill, only to get stuck again at 80 km/h going uphill.

If you have enough horsepower and you are driving on cruise control it is really frustrating. Isn’t it the same with people too? How many of us speed up only when things are going well and without a hitch? As soon as things start going uphill again, we lose speed and then it is so easy to blame others.

I don’t think the problem of the guys losing speed necessarily lies with the drivers, but rather with what is going on under the bonnet. My wise young daughter also remarked that the amount of luggage in the boot, particularly about the past, also often reduces our speed.

If Grain SA were to lose speed every time we encountered some form of setback, we should have stopped by the wayside long ago. How much speed do you lose when trouble starts? Grain SA remains invested in our human capital to make sure that everything goes well. Here we are not concerned only with expertise, but also with the mental health of our leaders and staff.

I also often have to do some soul searching if a new challenge appears or a difficult meeting has a poor outcome. However, it remains as plain as a pikestaff: The steepness of the hills we have to navigate should not affect our speed. It is not a bad thing to check your boot regularly and to unload things you won’t need further on.

The current hills of lack of profitability and the animosity of a nation we have to provide with food every day, are things that can easily hold one back. Apathetic producers who only jump on the bandwagon and lie around on the social couches, grow beards and criticise without contributing a cent to organised agriculture do not sound like the type of engine I want under my bonnet.

What happened to the true-blue producers to have reached that level? It actually seems as if each little group is now establishing its own party, circling the wagons and thinking they will tame the Wild West on their own. In the process we see that those in the middle of the road are becoming increasingly fewer. This is actually the group that has to show people where the road is so that they do not keep on hitting the dongas and ditches at the side of the road. 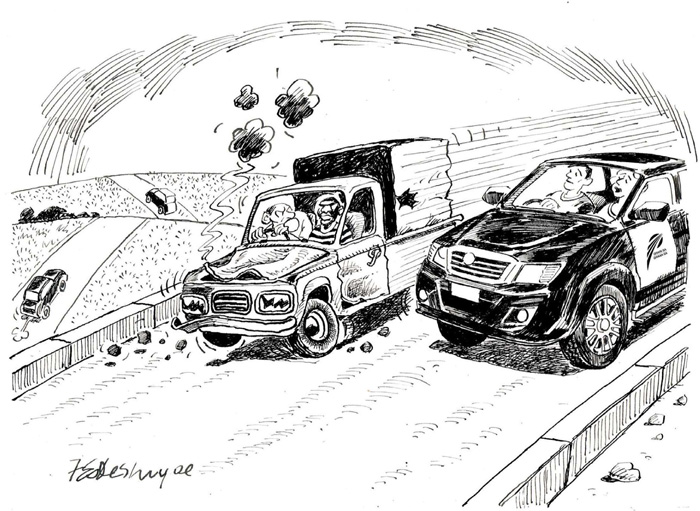 The current year’s record consumption figures of virtually all grains are very encouraging. This will definitely allow the stock levels to drop and improve the price prospects for the next season. There may be another downhill phase ahead.

The road to the true South Africa is a difficult one, but we are looking for men and women who can lead going uphill everyone can speed up going downhill. We have to be brave now, remain calm and keep a level head. All the best.