Game rangers Alex van den Heever and Renias Mhlongo have worked together for more than 23 years. Holding up a large brown seed, Alex demonstrated their symbiotic relationship in the bush. Neither the thumb nor forefinger alone enables one to successfully hold the seed to access its potential. However, when used ‘in partnership’, the seed is held with ease and it becomes a simple task.

Their relationship began at Londolozi Private Game Reserve when as a young, ‘greenie’ game ranger Alex, who had little more than the right qualifications and the ability to drive a Landrover – and virtually zero bush wisdom – was assigned to work with the older, wiser and more experienced Renias. A man who’d grown up learning the ancient wisdom of the Shangaan hunter-gatherers, tracking and living in the bush – a place where he was completely at ease and totally confident.

Despite coming from very different, even polarised backgrounds, these men had to work together in a potentially risky environment where they had to depend on one another to keep each other and their paying guests safe. Alex quickly realised that he needed to learn to build a good rapport with this big man from the bush if he wished to survive and have a successful career.

An extremely close encounter with a beautiful but dangerous leopard, reinforced the importance of the relationship between the two rangers. The two men had been searching for a leopard in her well-known haunt to show guests one of these predators before they returned to Toronto. Seated on the vehicle travelling at 30 km/h – 40 km/h, Renias spotted leopard tracks. He identified it as female, named which leopard it was and recognised that the tracks were fresh.

Travelling further on foot, while Renias was focussing his eyes on the ground, Alex had the job of holding the rifle and scanning the terrain. Renias suddenly whispered that they were very close. The next moment, with no time to realise what was happening, let alone lift his rifle, a tree squirrel trilled out an alarm and the leopard exploded from beside a log, sending dust flying and filling the air with her fierce snarling. In no time at all Alex found himself pinned beneath a very unhappy leopard with Renias softly telling him to wait.

Apart from being unable to move, in that moment Alex realised he had to completely and implicitly trust Renias. He was instructed not to look the cat in the eyes at all and to slide backwards slowly…even more slowly. Eventually he saw that she was calming down and he could put space between himself and the angry cat.

Renias added that he had realised in that moment that he too had a problem – because he had never taken the time to train Alex how to act in such a situation! He then asked the producers present at Congress whether they trained their staff on how they should act or react to different challenges.

Alex added that at that moment, shaken and blinded by sand in his eyes, he was nobody’s protector and that he needed Renias to pick up the gun and get them back to their vehicle safely. It was seeing Renias’ competence in that situation that had enabled Alex to learn to trust him.

In this country where distrust and suspicion are so much a part of society, we all need to work harder at showing our trustworthiness.

The working relationship and friendship between these two men have evolved and grown over the years as they have learnt more about each other’s ‘differentness’ – including visiting each other’s homes and learning to respectfully appreciate each other’s life experiences within the context of background and culture. Learning more about what matters and what troubles them, gives deep insights into another person. Gaining insights into a challenge as simple as fetching and heating water for a bath, will change your intrinsic understanding of another person.

In turn Renias equally had to cross bridges in his mind when he invited a white friend to stay at his home. He wondered what the family and neighbours would think, but he decided that he had to be prepared to take a risk if he was serious about forming an intercultural relationship.

Alex challenged the producers present by asking them if they had ever spent the night at the home of a friend from a different culture. These insights create empathy and build trust. Productive relationships are built when you understand the life story of the person you are dealing with.

When a working relationship has been founded on trust and understanding, so much more can be achieved together. Once Renias was convinced of the sincerity of Alex’s friendship, he instinctively began teaching him more and more about life in the bush and how to speak the language of the Shangaan. This has empowered Alex in his career. It also became clear that their guests enjoyed being with two guides who liked working together. Not only did the two friends benefit, the guests and the company they worked for also benefited from their positive relationship.

Their shared experiences led the two men into new careers as they left to establish a business together in 2010 – The Tracker Academy. The aim of this non-profit NGO is to protect the ancient art of tracking by teaching unemployed young people living near the bush to become professional trackers and to see them placed in conservation jobs. 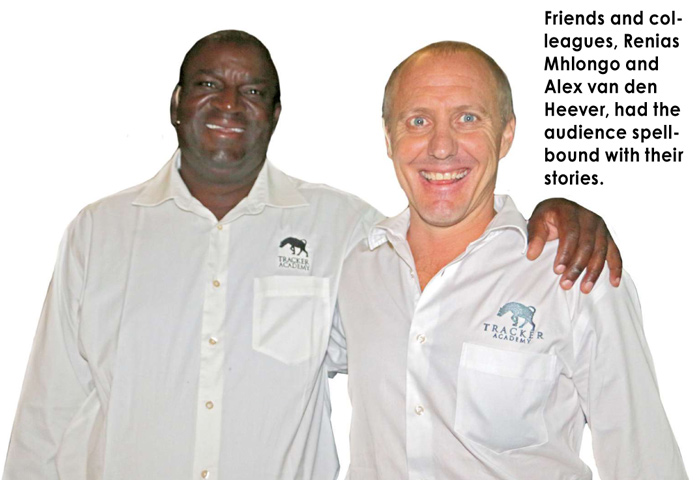 Lessons learned
The more we are prepared to engage, the more we are open to listening and the greater our chance of forming a relationship we never imagined was possible to begin with.

This is not theory – it’s an act of the heart. It may take time and effort – and it may even be uncomfortable along the way.

The time has now come to go beyond cordial greetings to listen to and to understand each other…if we get this right, we will walk with the lions together!

Thabang - May 9, 2019
0
With South Africa importing approximately 50% of its annual wheat requirement, it has become increasingly important for producers to produce more wheat and for...

Does target-site resistance occur in weeds in barley?