Home OORSIG OP KONGRES Grain commodities: Looking back and ahead

Dr Werner Rossouw, a grain trader and director of Silostrat, addressed the Grain SA Congress on lessons to be learned in the grain trading environment. He had Congress delegates hanging on his every word during his presentation.

Current season 2018/2019
He began by sharing the good news that local demand for grain crops would be attaining record highs by the end of this season (April 2019). Projections suggest a record consumption of all grain commodities produced.

Sunflower
This season has seen a record internal consumption of 906 249 tons (end of February 2019). 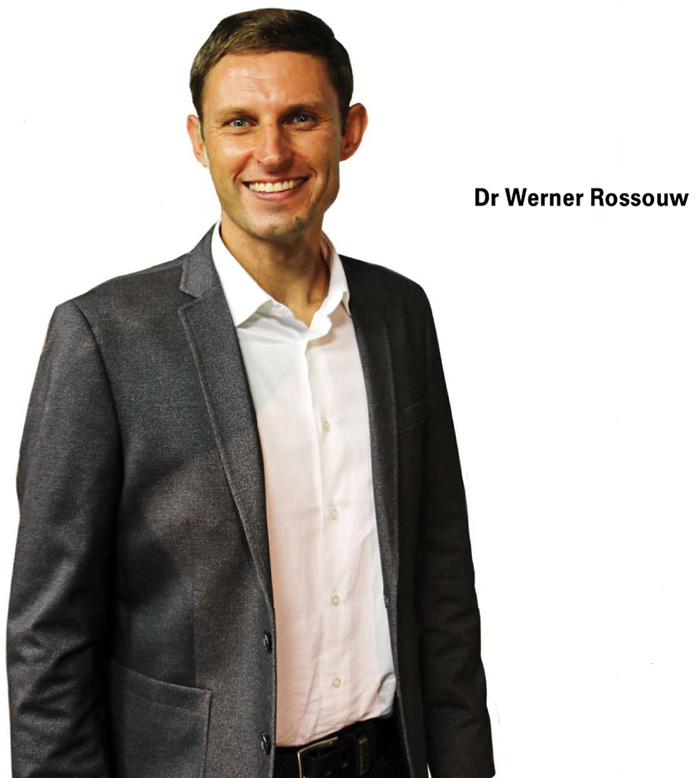 Maize
Dr Rossouw highlighted the rainfall figures at five Silostrat depots in the western Free State as a percentage of the past five years (measured 1 September 2018 to 28 February 2019):

He went on to warn that the rainfall predictions for the weekend of 9 to 10 March were critical for this year’s harvest. Apart from Bultfontein, all these depots have had less rain so far in the season than during the 2015/2016 drought. In summary, the demand for maize is good. Yields may still vary and impact ending stocks of 30 April 2019. White maize should trade consistently at >R200 above yellow maize to prevent white maize flowing into the feed market.

Low carry-over stocks on all commodities should ensure that prices will be good from the outset into the new season.

Looking forward to the next ten years
Local consumption
Taking population growth trends into consideration, Dr Rossouw says projections reflect an increased demand for maize over the next ten years and it is likely to reach 12 651 333 tons p/a by 2027/2028. This is up from 11 000 000 tons consumed at present.

In ideal conditions, projections based on these figures suggest that together with improved genetics and better farming practices one can anticipate a steady increase in yield of 0,14 t/ha each year. Projected yields over the next ten years then are:

Production less than local demand
Over the past 23 years (since the implementation of the free market system in the country), South Africa has only seen five seasons where less maize was produced than was needed to meet local demand. It is likely that 2018/2019 will be another season in which we produce less than local demand. Notably three of these seasons have occurred in the last five years. 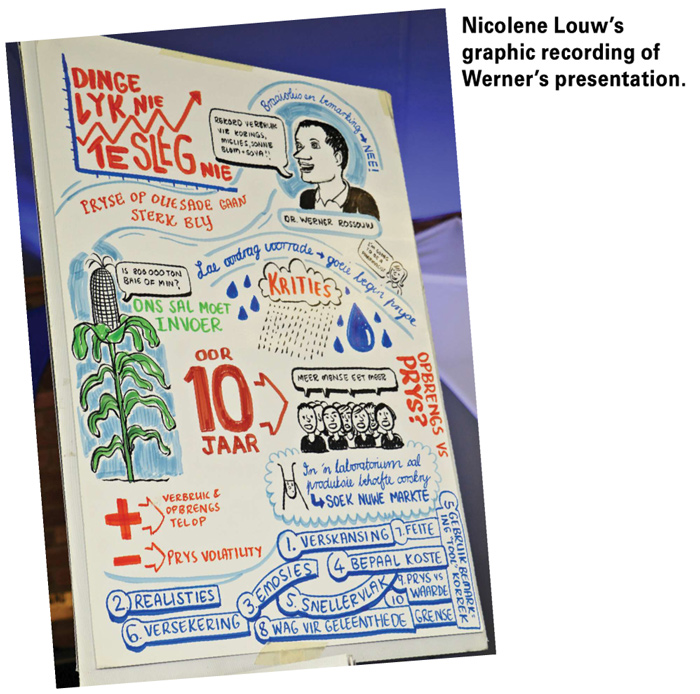 Area planted under maize
The ten-year average planting of maize is 2 525 785 ha. The ten-year estimates as projected suggest that at continued pace of growth and in ideal conditions, maize production on hectares planted will consistently exceed local demand.

We will only produce less than local demand if we drastically reduce hectares planted under maize or if the season is unfavourable due to drought. This is a critical consideration and gives impetus to the urgency to find new markets for our maize.

Positive news for producers today
On the positive side, according to Dr Rossouw, demand for all grain commodities is climbing steadily, there is low carry-over stocks on all commodities and yields are increasing.

Concerns
However, some concerns are that price volatility is high and will stay high and that the long-term profitability of producers are uncertain.

10 tips for producers towards profitability

Engaging the youth: Farmers and consumers of tomorrow

Arithmus - July 19, 2019
0
The youth are the future. The youth of today could be our ambassadors and future influencers of tomorrow. We should not overlook the opportunity...