Mr Malcolm Ferguson (retired ambassador and associate: In Transformation Initiative) was invited to Congress to reflect on ways to make a new footprint in the South African grain industry.

First a word of caution
He cautioned Congress delegates against being emotional and overreacting to news, in particular because of the many falsehoods and fake news releases on social media platforms. He said such messages were dangerous and intended to create mistrust, division and uncertainty.

‘One should be careful about overreacting to such nonsense. It is important to look for the truth and that is found where policy has been written down,’ he said. He also stated that we had to accept the reality that there was a mandate for land reform. He said how we reacted in the prevailing climate would make a difference to the way the process unfolded.

The retired diplomat also cautioned producers about the negative impact of bad news on the international stage. There are varied reactions to the concept of land expropriation with concerns that a Zimbabwe or Venezuela situation will arise in South Africa. This has impacted on international appetite for trade with South Africa.

Land reform is a reality and we must participate proactively
Malcolm complimented the leadership of Grain SA on using every opportunity to state the grain producers’ case. He said that he had heard Mr Jannie de Villers (CEO of Grain SA) speaking in Parliament, participating in land reform colloquiums and discussions and at the Landbouweekblad and Agri SA Land Summit held at Bela-Bela in August last year. Grain SA leaders continued to be involved at the highest level discussions presenting the case for producers.

Uncommon knowledge, but the truth: ANC policy on land ownership has not changed
He observed that although much was said about expropriation without compensation (EWC), very little was said about the fact that the ANC had not actually changed their landownership policy. Policy is grounded on three unchanged pillars, namely:

Current focus of government which is entrenched policy
There is a concept design legislation to reconcile expropriation with the Constitution for the first time. Five categories have been defined: 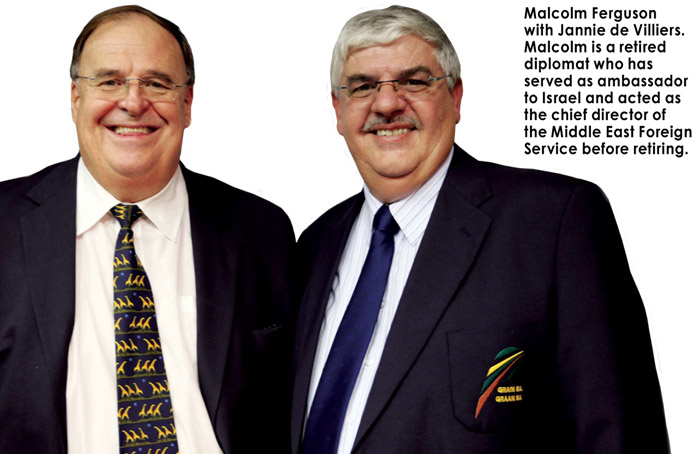 The light at the end of the tunnel
However, Malcolm believes that there is still reason to hold on to hope. Both the ANC and President Ramaphosa are being very responsible in the way they are manoeuvring through this very delicate process. The ANC is in the middle with the EFF on one side and the DA and Freedom Front pulling to the other side. However, there is no denying that the ruling party is under pressure. At the land colloquiums held around the country, it became overwhelmingly clear that almost to the last person, black speakers were calling for the implementation of the EWC policy.

The discussions held at the Bela-Bela Land Summit demonstrated the positive spirit and good will between all producers. The testimonies of how people were changing, shifting away from old patterns of thought to new ones where lives were changed, were overwhelming. Malcolm felt that there was a new understanding, particularly for white South Africans, of how ‘land and its exclusion is the most living and abiding symbol of the indignity and second-class status assigned to black south Africans by our history of colonial and apartheid dispossession. Our nation’s current racially skewed land ownership patterns are a constant reminder to our black brothers and sisters that they still suffer the indignity of not being equals in the land of their birth.’

Agri SA President, Mr Dan Kriek, highlighted how the nation’s producers, both black and white, had demonstrated that co-operative efforts could build a new future in this country.

Malcolm said that he was given another glimmer of hope listening to leading producer, Mr Kallie Schoeman, tell the Agri Limpopo Congress how the parliamentary hearings on the land issue were not easy listening. It was disconcerting to hear how black people thought about white producers and land ownership. He could nonetheless see how even though his forefathers had worked hard for what they had, he had enjoyed advantages as a white producer and he recognised that black South Africans did not have the same opportunities to achieve.

Kallie said, ‘But I was born here and I am not afraid. As unpleasant as it was for me to hear how the majority in our country think about me and other white producers, it was equally good for me to hear about their reality. This process has changed me. I can never be the same person as I was before these hearings. I now think differently about myself and the people around me, my community of workers and their families – and I am going to do things differently from now on.’

He concluded by challenging all producers to include those around them in the welfare and benefit that they derived from their land. If that happened, there would be hope that the scars from an unjust past could begin to heal. 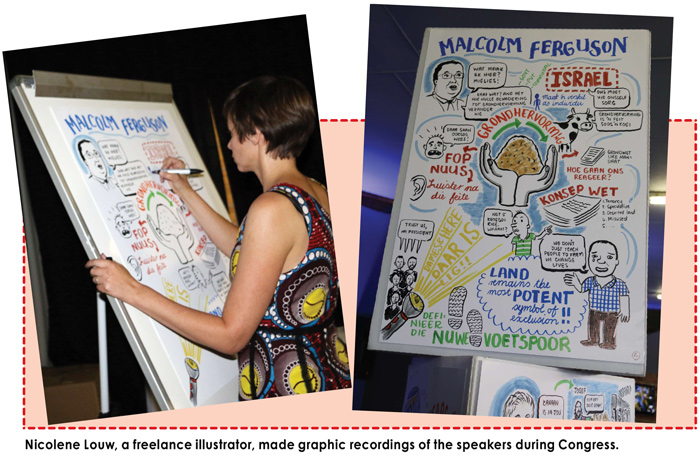 Thuma Mina – send me
According to Malcolm, the light at the end of the tunnel depends on us. It is that light that shines as a result of what each producer does on a personal level to make a difference to those living around us. Even President Ramaphosa has acknowledged what producers are doing by saying, ‘What is happening in South Africa is a beautiful thing!’

In closing Malcolm referenced Dr Piet Croucamp who has said that producers were in trouble if they didn’t save themselves. They had to become an indispensable part of the land reform process and their influence had to be greater than the individual.

Producers will form part of the solution to our country’s challenges. Malcolm encouraged them to support their organisations, to raise a united voice and to equip leaders to pursue social justice for all.