Being raised by unemployed parents led Zoliswa Mdikane (26) to her decision to study agriculture. Zoliswa hails from a deeply rural area, Tshisane, near the town Tsolo in the Eastern Cape, which is approximately 40 km from Mthatha.

‘In the Eastern Cape our gold is in the soil – planting is how we can make a living without being employed,’ she describes the important role agriculture plays in this region. The area consists mostly of subsistence farmers who farm with maize, vegetables and domestic livestock for own consumption.

Willingness opens doors to knowledge and direction
Zoliswa realised that to make a difference to the poverty in the area where she was raised, she had to increase her limited knowledge about agriculture. ‘The poverty is immense in this area and I knew that if I were to study agriculture, I would be able to create employment without having to rely on others to employ me.’

She obtained a diploma in animal production at Fort Cox College of Agriculture and Forestry in Middledrift in 2014. Unfortunately, she was one of the many who discovered that a diploma or a degree does not guarantee a job or an income.

However, this determined young lady was not deterred when she couldn’t find a job. She joined a group of farmers who had started planting maize. This decision eventually led to her path crossing with that of Grain SA’s provincial co-ordinator in Mthatha, Sinelizwi Fakade – an interaction which has had a profound impact on her life.

In September 2017 Zoliswa received an amazing opportunity to be part of the first group of graduates to participate in the Grain SA Internship Programme where she would receive training to become a junior mentor. This programme is a joined partnership between Grain SA and the Department of Rural Development and Agrarian Reform (DRDAR).

Through the programme the interns can obtain much needed experience in the field, better equipping them for their future careers. On the other hand, Grain SA Farmer Development is given the opportunity to train the calibre of mentors needed in the field for future farmer development in the deep rural areas, like the one from which Zoliswa hails.

Internship
During her internship Zoliswa had to attend various Grain SA farmer training courses in grain production with the other participants. These courses contain a good balance between theory and practical application, and form an integral part of the internship.

The three areas where she benefited most were:

Interpersonal skills
Apart from learning about agriculture, the programme incorporates other learning opportunities and skills development activities, like social facilitation tasks, including study group meetings, farmers’ days and advanced farmer encounters. They also had to accompany a mentor to experience first-hand what is done in the field to improve the agricultural practices of the mentees. According to Zoliswa, this has equipped her to deal with people of different ages, backgrounds and personalities.

Calibration of implements
Having had no exposure to mechanisation prior to the programme, she found this area – learning how to calibrate planters and boom sprayers to plant and fertilise – both challenging and exciting.

In-depth maize production
This part of the course covered a variety of subjects to prepare the junior mentors to better equip the farmers in the field. Learning more about topics ranging from soil preparation, the different stages of growth and how much water is required for maize to grow, to marketing the harvested crop, gave Zoliswa good insight into the basics needed for successful maize production. 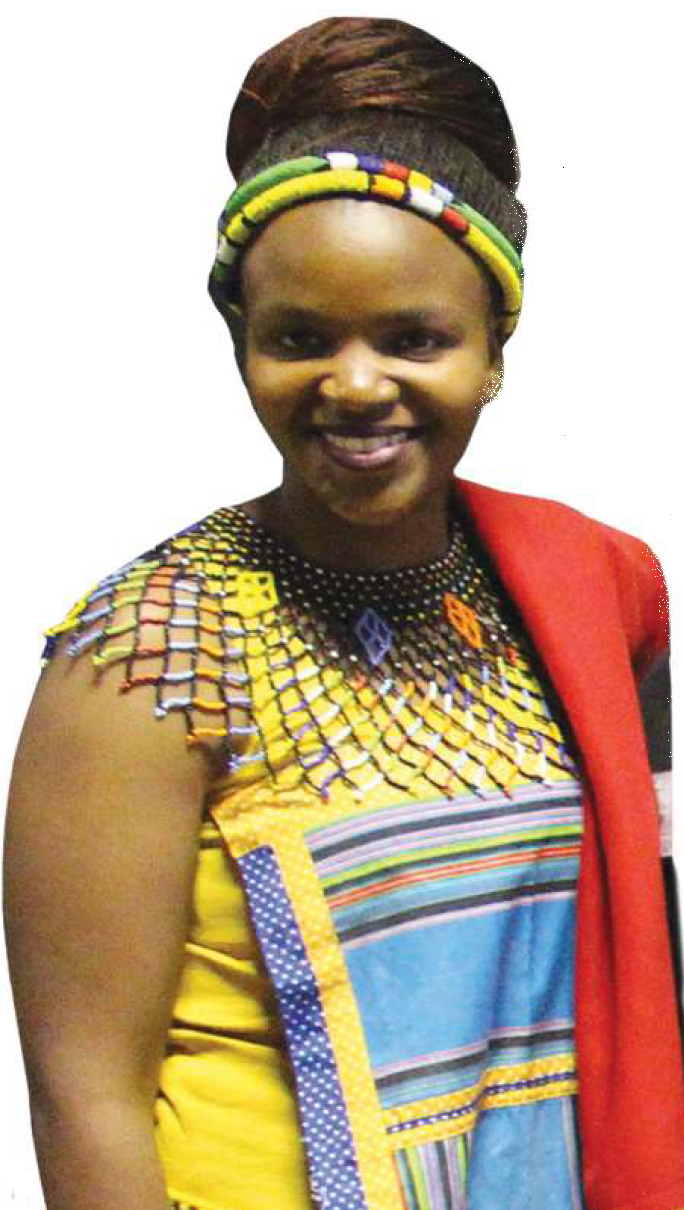 Putting knowledge into practice
According to an English philosopher, Herbert Spencer, the great aim of education is not knowledge, but action. After completion of the internship, Zoliswa passed her written exams with flying colours and could now take her first step as a working individual.

With the necessary tools in hand, she couldn’t wait to spring into action and she is currently overseeing four study groups on a weekly basis. Although the 99 Xhosa-speaking farmers were unsure of this young lady initially, her knowledge about agriculture has impressed them and she was quickly accepted.

‘It is difficult for a woman and a youngster to be acknowledged in this field, but once the farmers saw that I knew what I was talking about, I was easily accepted,’ she said.

Zoliswa is intensely grateful to Grain SA, Sinelizwi and the DRDAR for this wonderful opportunity. She feels it would be great if this programme could expand into more regions, creating more employment opportunities for youngsters as they get exposed to agricultural knowledge.

‘In a country suffering from unemployment and hunger, it will be wonderful for others to be equipped with this information. This will ultimately be a key factor in fighting poverty,’ says this young lady with a big heart.

Arithmus - July 19, 2019
0
A true mentor is not someone who helps you with every aspect, but someone who teaches you skills that can help you lead your...