When discussing the difference between mentorship and coaching, Mr Jannie de Villiers, CEO of Grain SA, said: ‘A coach has his own game plan and tells you what to do to achieve his goals. A mentor however, is a person who gives you advice on how to achieve your own goals and dreams.’

If there is one thing Mr Soois Scheepers from the Amsterdam district in Mpumalanga is clear about, it is that the Grain SA Mentorship Programme changes lives. Soois is a teacher at heart who resigned after twelve years in the education system and began his mixed farming operation in 1990. Once his own children had finished their school careers, he had the desire to do something meaningful in the lives of others.

In September 2016 the appropriate opportunity came knocking in the form of Grain SA’s mentorship programme. To him, this was an answer to prayer. ‘This programme is awesome, and it is such an honour to be able to do something significant in the community,’ he says about his involvement.

A changed attitude lightens the load
There’s a quote that says if you don’t like something, change it. If you can’t change it, change your attitude. Like so many others, Soois became despondent about the situation in the country, but now admits that his involvement in the programme has changed him. ‘I love working with the developing farmers,’ he shares enthusiastically. ‘They are incredibly grateful for the assistance being offered. As a result, they are really dedicated and work extremely hard.’

At the study groups the farmers’ knowledge about farming practices is increased through sharing theoretical information. The three key farming practices that need the most attention in his area are the importance of weed control, soil status and harvesting actions. According to Soois, the farmers do not only need to know how much and when to apply fertiliser, but also why it is important to control weeds and grass for a better yield. It is also of no use if all the correct practices are in place, but harvesting is done incorrectly as this will have a negative financial impact.’

The Donkerhoek and Driefontein study groups consist of 156 members – with 26 farmers between the ages of 69 and 89 – all who in turn enthuse their mentor. ‘The oldest member of my study groups, Mahlobo, is 93 and although his physical strength is fading, he is still focused on improving his yield.’ The Driefontein group has about 70% female farmers wanting to provide for their family. He is hopeful that one of them will become a winner in the Subsistence Farmer of the Year category in the near future.

Although the study groups meet on a monthly basis, the personal visits where farming practices are demonstrated first hand are where the most impact is being made.

Soois travels to the remote areas with his motorbike on the back of his bakkie, and then hops onto his bike to reach the farmers. ‘With an ordinary vehicle it is difficult to get to them and I can visit fewer farmers per day, while the motorbike enables me to visit between 15 and 20 per day.’ With more regular visits, problem areas can be identified earlier. He confesses that the progress and enthusiasm of his farmers excite him. He tries to help where he can, calibrating the sprayer and assisting with herbicide application where necessary.

‘The programme provides the farmers with excellent seed and fertiliser, so it is important to convey the correct farming practices. If the Heavenly Father provides enough rain like Mpumalanga has been receiving in the past month, their crops will be good,’ Soois says. 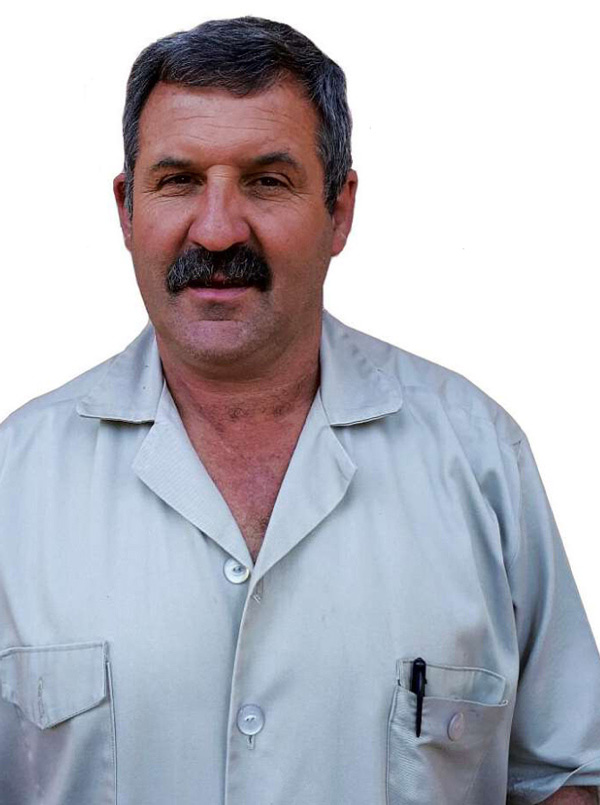 Ups and downs
This siSwati speaking farmer becomes quite emotional when sharing the hardships some of the farmers have to deal with and he is inspired by their endurance. One of the older farmers has to walk 400 m to fetch 20 litres of water which is then carried back to the field where it is mixed. ‘He then uses a knapsack sprayer to spray his 4 ha. Another farmer sat on a rock with a dish in front of him for nearly a month cleaning his 5 tons of maize to ensure a higher grade. To see an elderly woman standing with her head lower than her knees to clean her maize, is moving,’ he says and adds, ‘I wonder if I would have carried on farming if I had to work like this.’

The lack of mechanisation equipment is one of the major problems developing farmers face. Unfortunately, mechanisation is impossible without funds and in his area, poverty is one of the biggest stumbling blocks preventing growth. He believes a group scheme where four or five farmers club together to buy implements, could be the answer.

One of the highlights in his time as mentor was the nomination of Mr Solomon Dhlongolo as one of the finalists in the 2017 Subsistence Farmer of the Year category. However, to share in the farmers’ excitement when they see how their crops improve after following the programme’s advice, remains a yearly highlight. ‘There is a farmer who told me he used to count his maize in bags, but with the help of the programme he now counts his maize in tons,’ Soois shares. This farmer has increased his yield from 24 bags to between 6 t/ha and 8 t/ha.

Soois Scheepers’s enthusiasm is contagious and with the help of Grain SA’s mentorship programme, he has helped lighten the load of subsistence farmers and brought a positive change in his own life.