Food security is a major issue in this growing world population. The demand for food in Africa is expected to rise by over 70% by 2050 due to population growth, and agricultural land and water are scarce resources in many parts of the world. This means that we will need to produce more food in a sustainable manner with the current constraints on scarce resources.

According to the National Development Plan (NDP), South Africa would like to reduce the unemployment rate to 6% by 2030. Currently the unemployment rate is 28%. Agriculture has the potential to create close to 1 million new jobs by 2030, which would be a significant contribution to the overall employment target. The youth makes up the majority of the unemployed.

Thomas Jefferson said, ‘Agriculture is our wisest pursuit, because it will in the end contribute most to real wealth, good morals, and happiness’.

Many perceive this field as one replete with the older generation, hard labour and very little profit or room for growth. It is against this background that I would like to pen the perceptions of the youth regarding agriculture. This article comprises a vast array of inputs from different people – from high school learners, teachers, university students to graduates and lecturers – to obtain various perceptions at different levels of exposure.

This was quite an amazing experience as it helped me identify the perception gaps within different groups of people, giving me hope that the future of agriculture is in the right hands.

Perceptions
‘To most people, this is just dirt; to a farmer, it is potential.’ – Unknown.

Perceptions about agriculture differ widely depending on peoples’ perspectives and backgrounds. The younger high school learner who has never been exposed to agriculture as a subject or in the environment where he grew up, simply views it as ‘dirty, laborious and not profitable’.

For those who study the subject at school, things are very different. They understand that producers feed the nation, but most still do not fully understand the different aspects of agriculture. They are, however, willing to take up a career in agriculture as a second option when they go to institutions of higher learning.

In general the youth in our country currently prefer a career that sort of offers convenience and assurance. It differs significantly with regards to agricultural students and graduates. Their perception is that agriculture is mainly dominated by white males. They have a better understanding of the field, although they went into their various institutions with many misconceptions. Many learn that they need not just be job seekers but rather that they can be job creators; they understand that there is more to agriculture than just planting. It is a fully-fledged business.

Why agriculture?
For those currently in the field of agriculture, the common thread is that they want to contribute to food security and poverty alleviation in the country – and especially in the communities they come from. It is about understanding that you are part of something bigger.

There is a more unconventional group that I stumbled upon: These are graduates from other fields like construction and engineering. They have seen the opportunities within agriculture and decided to switch careers to become agri-preneurs.

Agriculture combines their love for nature and allows them the freedom to be innovative. Those who have small-scale family farms would like to use their knowledge to grow their business.

Is the syllabus sufficient?
Most high schools do not have agriculture as a subject. This affects learners’ decisions to choose programmes that are more aligned to their high school subjects. For those doing agriculture in school the syllabus was said to be quite good. The perception is that a more practical approach needs to be implemented in schools, though, as these subjects are quite theoretical for learners without a farming background.

From a graduate’s perspective, it is a bit of a catch-22; quoting one particular graduate: ‘I believe the syllabus tells you how to practice certain things. However, I have learned that half of the things you learn do not even apply to the field. That can really be a confidence killer for a fresh graduate. The syllabus instead creates job seekers, but doesn’t give them the slightest idea of how to manage an agribusiness or inform them of the possible challenges they would face as an owner.’

Most university graduates, whether those who want to farm or do supporting services, feel that their courses are mostly theoretical and therefore a more practical approach is needed. For college graduates courses are more practical. However getting appointed on a farm is a challenge.

I am of the view that agricultural entrepreneurship should be part of the syllabus in order to encourage the youth to think more innovatively about agriculture. 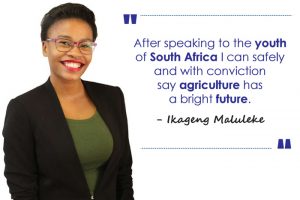 Challenges facing the youth
The lack of mentorship in most aspects of life causes people not to try new things. The ability to see someone succeed with a background like yours, is very encouraging. On the other hand, the lack of mentorship if you are already in agriculture, to show you the ropes and the available opportunities, is also discouraging.

One particular graduate mentioned that for him the biggest challenge is trying to initiate a new method for farming to people who have been practicing for years, without seeming disrespectful. Another challenge definitely is racial segregation within agriculture.

It is very difficult for a young black person to get experiential training in agriculture, unless the farm is his. Another challenge is recognition; agricultural graduates are not recognised as much as graduates in other fields. Students who graduate from colleges of agriculture are often side-lined over university graduates. In addition, university graduates often do not get opportunities because they do not have the relevant experience.

What does the future hold?
‘I believe in the future of agriculture, with a faith born not of words but of deeds.’ – EM Tiffany.

The general impression I get is that in future agriculture – particularly the production side – will be in the hands of students who study at agricultural colleges, as well as the unconventional group mentioned earlier, who have a will to farm.

A couple of farms already run by the above-mentioned people are successful. With the continued growth in urbanisation, less youth will go into agriculture unless more efforts are made to attract them to the sector. However, more youth may be involved in secondary services (logistics, wholesale and retail) in support of agricultural production.

One particular graduate would like to go the extra mile by doing something for the youth; he is planning to start an agribusiness that will have workshops for various matriculants to try and generate an interest in agriculture. He believes that he will be the first black ‘hygro’ which will be the only South African company that helps graduates with internship placement and students with experiential learning.

He believes it will increase the university intake of agricultural students and it will ensure graduates receive farm placements rather than office-based internships in government departments.

Raising interest among the youth
One of the major things that could attract learners is interaction with people who are in the field of agriculture. The media shows us so many successful doctors, engineers and lawyers, but not necessarily producers or agribusiness owners. In addition, the success of a young person in this field should be made as fashionable as is the case with other occupations.

It is the 21st century and the youth believes in seeing tangible results; they have to see people making it so they can believe it is possible. The youth is materialistic; agriculture can become fashionable if the youth in this career path worked to make it a success. Furthermore, the use of advanced technology across various components of the sector can attract more youth.

I believe the gaps can also be bridged as follows: 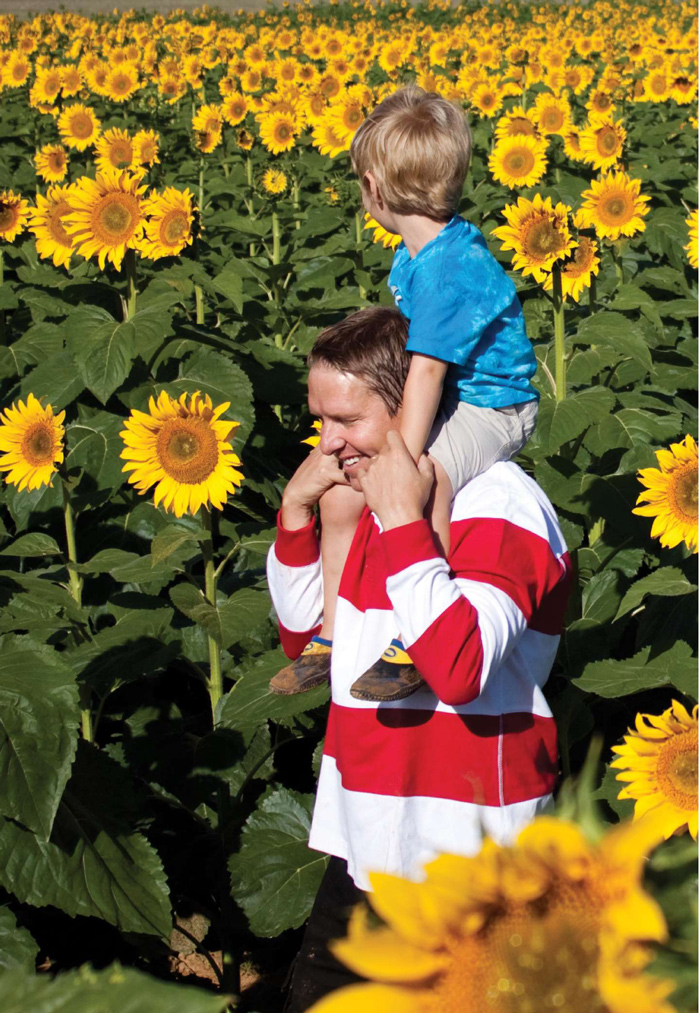 Conclusion
After speaking to the youth of South Africa I can safely and with conviction say agriculture has a bright future. There is a lot that still needs to be done, however. There is already a fire burning within the youth to learn and to create viable businesses and to contribute to poverty alleviation in our country.

Growth and success by those who are already in the sector should be celebrated in order to encourage those who aspire to be in the field. If the sector has a natural culture of vibrancy, most of the youth will be encouraged to pursue agricultural careers. Therefore, it is our responsibility, as a sector, to create awareness and to remove current misconceptions among the youth.

Thabang - October 1, 2020
0
Like most industries, agriculture is using advances in technology to keep ahead, resulting in dramatic changes. Inevitably, as farming tools get more complex, they...