Soil is the most fundamental resource for the farmer, without which food and natural fibre cannot be produced. This article forms part of a series to highlight this resource.

The quantity and type of soil organisms play an important role in the breaking down or retention of organic material in the soil. However, these factors can also be rapidly and drastically changed by management practices. It is important to understand the soil organisms and the impact they have on the humus content of soil, because organic material has such a major impact on the condition of the soil.

Soil organisms
Organisms in the soil may be divided into three broad groups: The macro-, meso- and microfauna.

Macrofauna are the larger vertebrates such as moles, mice and hares. The mesofauna are smaller invertebrates such as earthworms, nematodes (eelworm / roundworm) and snails. The microfauna and -flora, also known as micro-organisms, may be subdivided into bacteria, fungi, actinomycota, algae and protozoa. The mesofauna and macrofauna may easily be separated from the soil, while the micro-organisms are an integral part of the soil.

Based upon oxygen needs, bacteria are subdivided into:

It may be deduced from the above that the available energy source and oxygen content of the soil will determine the dominant micro-organism species in a specific soil at any point in time. The bacteria population of soil can be between 10 and 40 million per gram of soil. 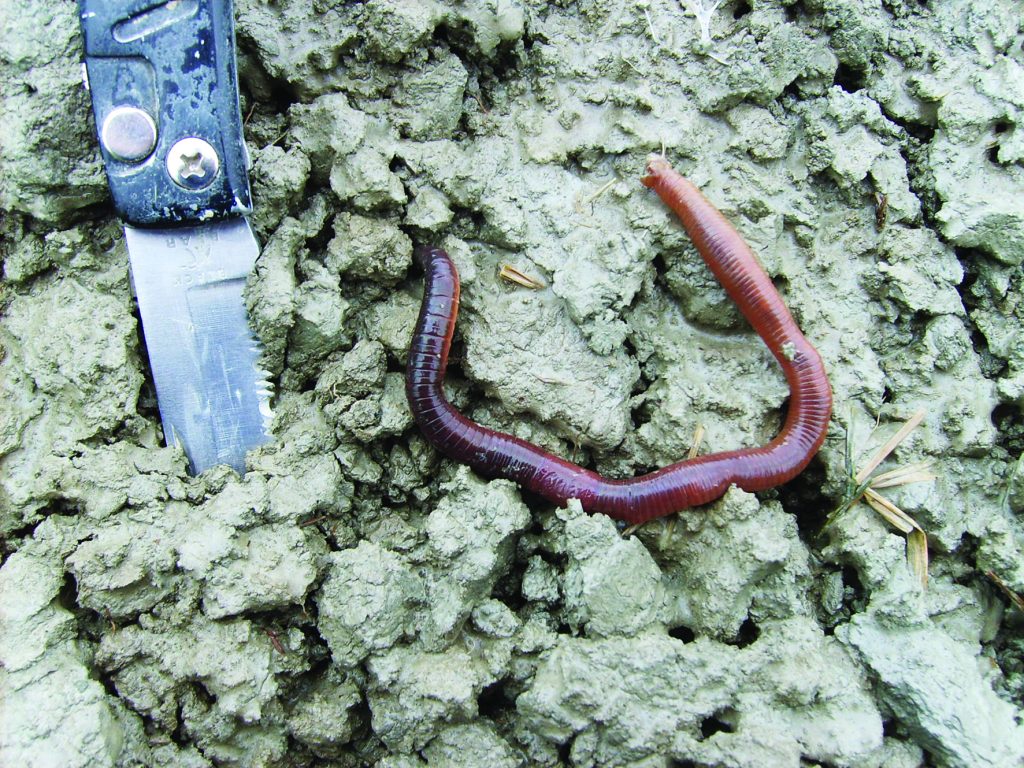 Fungi
The fungi population of soil is between 100 000 and 400 000 per gram of soil. Fungi may be subdivided into soil residents and soil intruders. Soil residents are always present in soil. The most important genera are the Basidiomycota, Penicillium, and Aspergillus which are responsible for the degradation of wood and leaf waste. The spores of soil intruders are always present in the soil, but these only begin to grow if the right host plant and soil climate are present.

Actinomycota
The majority of actinomycota are single cell micro-organisms that form thin, branched mycelia and reproduce via segmentation thereof. The actinomycota can break down complex organic molecules better than fungi or bacteria. The population of actinomycota is about the same as that of fungi.

Algae
The most important algae species is the blue green Nostoc species of algae. It can photosynthesise and is therefore found on the surface of the soil. Nostoc binds atmospheric N which can then be released into the soil via mineralisation. The population thereof varies between 100 000 and 1 million per gram of soil.

Protozoa
Protozoa are small invertebrate animals which live on bacteria and fungi.

Mesofauna
The most important mesofauna species are the Arthropoda and earthworms. Arthropoda comprise insect larvae, mites, cicadas, ants, termites and millipedes. These insects are mainly responsible for the mixing of the soil.

Degradation and conversion
As soon as organic material ends up in the soil, degradation begins when it is used by a variety of micro-organisms as a source of nutrition. The organic material not only changes through mineralisation and immobilisation, but also through the formation of new amorphous compounds which are more resistant to degradation. It is these compounds that are known as humus.

The rate at which organic material degrades, increases with an increase in the protein and carbohydrate content thereof. Initially the organic material is broken down through microbiological processes into a variety of aromatic compounds.

These simple compounds are then broken down further through catalytic enzymes from the micro-organisms to form complex humic polymers. These polymers comprise 2% to 5% N and high density carbonyl (-C=O), carboxyl (-COOH) and phenolic groups.

It is these active groups that react to form a variety of organic polymer molecules.

Humus colloids have a nett negative charge, which is caused by the dissociation of the hydroxyl groups (-OH _ -O + H+). As a result of this, humus has a cation exchange capacity of between 50 cmolc/kg and 300 cmolc/kg of dry material. Apart from this, humus also has a major impact on the physical condition of the soil, by acting as binding agent as well as improving the water retention ability.

The degradation rate of organic material is determined by:

Summary
Soil serves as a massive storehouse of organic material that releases CO2 into the atmosphere. This CO2 is once again absorbed in plants through photosynthesis and can be used by man and beast as a source of energy.

The dead plants and animals, in turn, end up in the soil where they are used by micro-organisms as a source of energy and they then release CO2 into the atmosphere once again. Should this cycle not have taken place, the concentration of CO2 in the atmosphere would decrease gradually and eventually lead to the destruction of life on earth.

Currently people worldwide are looking to increase the carbon content in the soil so as to lower the levels of CO2 in the atmosphere and thus counteract earth warming.

The occurrence of humus in the soil that degrades slowly, is advantageous as it provides life to micro-organisms and improves the chemical properties, structural stability, water penetration and water retention ability of soil.