The aim of this project was to establish whether liming material and fertiliser quality are maintained according to the regulations of the Fertilizers, Farm Feeds, Agricultural Remedies and Stock Remedies Act (Act No. 36 of 1947). 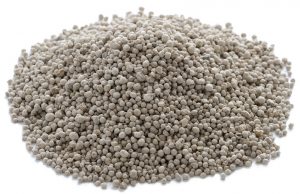 The number of fertilisers sampled and companies involved declined from the 2017 to the 2019 investigation (Table 1). The percentage of fertiliser with deficiencies declined over this period from 20% to 14%, with a trend of less deficiencies of nitrogen, sulphur, boron and total nutrients. In contrast, however, the percentage deficient phosphorus- and potassium-containing fertilisers had an increasing trend. 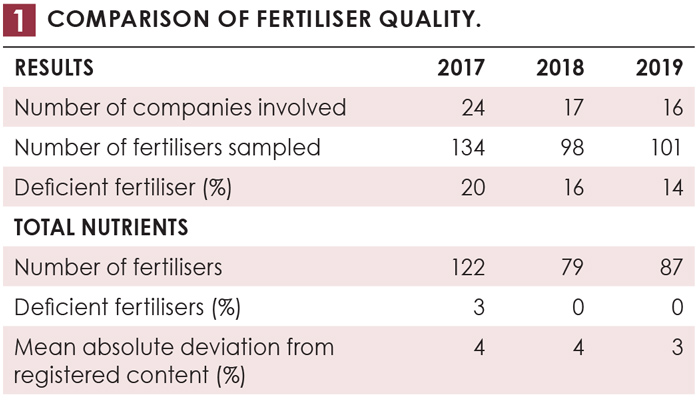 One dolomitic lime, one gypsum and five calcitic limes were sampled. Five of the six limes did not pass the 1,7 mm-sieve test – two of which also failed the 0,25 mm-sieve test. Apart from a failed sieve test, one lime also had a calcium carbonate equivalent value below the required threshold. The gypsum did not comply with the required two-sieve test requirements.

Trends from 2017 to 2019
Some relevant statistics for the various fertilisers sampled in the 2017, 2018 and 2019 investigations are displayed in Table 2 and Table 3. These values are mainly self-explanatory. Figures for copper, iron and molybdenum are not shown as only a few fertilisers contained these nutrients, which were also never deficient. 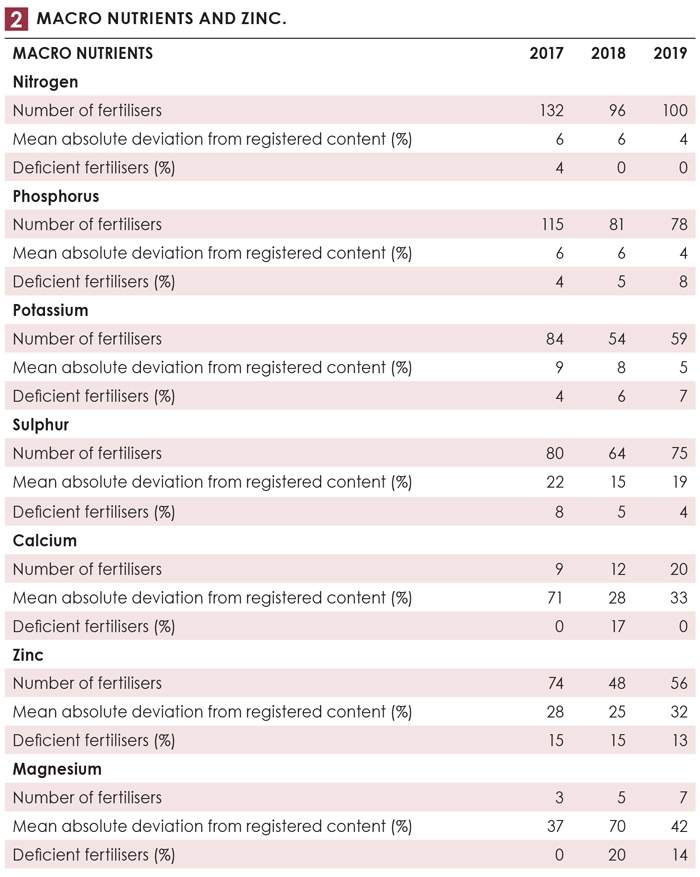