The Poultry Sector Master Plan has been developed in close partnership between government and a number of stakeholders in the industry, including poultry producers, processors, exporters, importers and organised labour. It provides a framework for a determined effort to grow the output (and jobs) in the industry through different measures that will be implemented over a number of years.

Significantly, it sets out a new, joint vision across the value chain, identifies five pillars that underpin the vision and creates a Poultry Sector Master Plan Council to monitor and drive the implementation of the pillars.

Overview and background analysis
The poultry sector plays a key role in South Africa, providing an important affordable source of protein for millions of households. It adds value to the maize and soybean crops, serving as a key customer for the farming sector. This industry has low barriers to entry and is an important sector for food processing, value adding and job creation throughout the country. 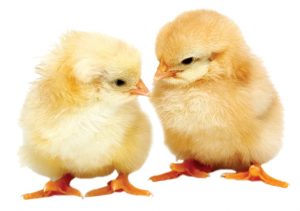 Consumption of chicken meat in South Africa has grown substantially, although more slowly after 2008. Production has stagnated as imports have risen, with imports having increased fourfold over 20 years. This has happened because imported poultry has come into the economy in large quantities, displacing South African meat. Tariffs were increased substantially in 2013, but this has not halted the growth in imports.

Market conditions and trade agreements have brought significant quantities of low-priced chicken products into the local market. These have put pressure on local prices and reduced the market share of South African producers. While consumers have benefitted, there has been an inability to drive growth in the industry, with South African exports marginal at 2% of production, despite excellent access to a variety of markets.

If this trend is not reversed, the South African industry can be expected to stagnate and slowly decline, affecting jobs and livelihoods across the value chain from maize and soybean farming to food processing. It would also threaten food security in the longer term.

Urgent challenges facing the sector
Cost of feed: The cost of feed makes up a large portion of the cost of chicken production. Maize and soybean prices are determined internationally, but tend to rise for South African producers in drought years. Many countries subsidise their primary farming sector, allowing cheaper inputs to their poultry sectors.

Inability to export: Despite having tariff-free access to Europe, South Africa has not been able to export poultry to that market, largely because it has not met the sanitary and phytosanitary requirements of the European Union (EU).

Transformation: Although there has been some progress, transformation is not sufficient with regard to black ownership throughout the value chain.

In line with these opportunities, South Africa needs to grow the poultry sector and protect it against potential loss of capacity. Indeed, there is substantial potential to expand the poultry industry across the value chain, especially if substantial export markets can be developed.

Strategic outlook on trade
With poultry increasingly traded globally, South Africa forms part of a large group of countries that produces at the scale of the domestic market, while a small number of countries produce at greater scale and maximise exports. Given the fact that South Africa has a large market for poultry and an open economy, it is likely to continue to receive attention from exporters.

Imports have an important role to play in balancing the poultry sector:

At the same time, South Africa needs to expand its poultry sector and avoid losing local capacity. The aim is therefore to contain imports. In addition, there should be decisive action against unfair forms of trade and any attempts to dump poultry products in the market.

The strategic objectives aim to do the following:

The grain industry
Out of the five pillars identified in the master plan, pillar one relates to the grain sector and how grain producers can be involved in uplifting the poultry industry. This relates to the expansion of production in maize and soybeans. It involves a strategic partnership between the South African Poultry Association (SAPA) and Grain SA to increase the supply of maize and soybeans to the poultry sector and to reduce prices.

Requirements: Expand the consumption of poultry feed by 300 000 tons per annum. Explore mechanisms to use this higher level of demand to negotiate better prices.

Oversight/responsibility: The Industrial Development Corporation (IDC) is to partner with Grain SA and SAPA to explore possible arrangements to increase supply in targeted areas, and to reduce costs. The council should identify additional steps to achieve this goal.