The purpose of the report is twofold. On the one hand it is to empower producers with information to make better decisions and on the other hand it is to simulate important points in the industries that will help Grain SA with negotiations and decision making where necessary.

The Grain SA summer crop scenario planning for the 2020/2021 production season, released by BFAP in November 2020, highlights the continued spread of the COVID-19 pandemic as having an adverse effect on the global economy.

Worldwide lockdown measures have limited trade and reduced capacity as disposable income and the ability to purchase have declined, indirectly impacting agriculture in the long term. Changes in the trade environment because of COVID-19 have seen some promotion of domestic supply chains. It has also highlighted food safety, with more stringent regulations being put in place. Apart from COVID-19, adverse weather in the United States, flooding and the occurrence of fall army worm outbreaks in China have also had an impact on international markets. 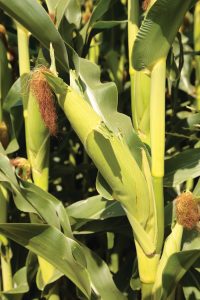 Local markets
The effects of the lockdown on the South African economy have resulted in a 51% drop in the gross domestic product (GDP) quarter on quarter. The prolonged ban on tobacco and additional ban on alcohol, precarious government finances and a lack of urgency to implement reforms, are some of the biggest concerns. The lockdown has had a negative effect on tourism and its contribution to the local economy, while power constraints have most sectors worried about the country’s productive capacity.

As a lone positive for the South African economy, the quarterly report in November 2020 showed a 15% rise in agriculture’s contribution to the GDP.

Maize
The summer grain scenario planning also uses data from the International Benchmark Network to compare South African farms to international farms in terms of the competitiveness to produce various crops. One aspect highlighted in the November 2020 report was that the cost of producing a ton of maize is 43% higher in South Africa at an average of R1 277/ton. The fertiliser cost component in South Africa is on average 80% higher, driven by a combination of lower yields and higher nutrient costs. This is a good indication of where local producers should increase their focus to remain competitive in the international market.

White maize market balance
One aspect of the white maize market that received a lot of attention during the 2020 harvesting season was the grading issues. The 2020 season was a very challenging year, especially in the western parts of the Free State and the North West Province. The share of WM1 (best grade white maize) dropped to 84% of the total crop during 2020. The average WM1 share of the total WM crop over the past 14 years were 94%. Similarly, the share of WM2 has increased to 12% of the total white maize production volumes. The larger share of WM2 and WM3 is subject to price discounts, which can vary substantially between production seasons. Given the lower quality of the white maize crop in 2020, the need has arisen to quantify the impact at farm level as a result of the associated price discounts.

The grading problems that occurred during the 2020 harvesting season led to a lot of discussion between the role-players in the white maize market. For Grain SA it is of critical importance to understand the impact that certain changes might have on the producer’s financial bottom line. In the 2020 summer grain report BFAP simulated the impact of various grading and yield scenarios on a producer’s gross margin per hectare and total farm gross margin. The results were clear that yield beat grading, meaning that a producer will be better off when harvesting a higher yield with a lower grading, rather than a lower yield with better grading.

Soybeans
There has been an increase in soybean production and high prices in 2020 could support significant expansion in 2021, which could result in prices starting to trade closer to export parity again. The industry requires accelerated yield gains, which could be realised with the breeding and technology levy in place.

Maize under irrigation reported robust performance in gross margins in 2019 and 2020. In both seasons, maize has outperformed soybeans. Soybeans under irrigation are estimated to have increased by 20% from 2019 to 2020.

Key agricultural inputs
South Africa is highly dependent on the import of agricultural inputs. This implies that local prices are subjected to the same supply and demand forces that drive international markets. The most severe impact is observed in the category of Tractors/Combine/Implements/Machinery, with negative growth of 19% in 2020 January to July (compared to a three-year average). Animal Feeds (-1%) and Seeds (-1%) are also returning negative figures, whilst Fertilisers (+12%), Plant Protections (+29%) and Animal Vaccines (+29%) show increases. The high dependence on imported inputs for agricultural production in South Africa leaves the country’s agricultural sector exposed due to volatility in the macro-economic environment.

The substantial decline (34%) in the international oil price during the COVID-19 pandemic has resulted in a decrease of 20% in the fuel price over the period from October to December 2019 to April to June 2020. After June 2020, the oil price has gradually recovered, causing fuel to increase by 16% (September 2020).

Internationally, the cost of fertilisers has reported a decrease since the beginning of 2020. To some extent, lower international prices were absorbed into the domestic market, but were offset by a weaker rand against the dollar. The following are year-to-date percentage changes compared to 2019 prices (average from January to September 2019 to 2020):

Due to the rapid depreciation in the rand against the dollar (18%), domestic prices for herbicides and insecticides did not see the same decline as was reported in the international market:

In conclusion
The summer grain report compiled by BFAP contains important information that producers can use to assist them with their decision making. The report also has a focus on long-term projections, which can help to make policy decisions to align oneself for longer term growth and profitability. Grain SA makes use of the information to assist in decision making and negotiations with various industry role-players and government. It is important that producers study this report to increase their insight into the local grain and oilseed markets.

Thabang - March 30, 2021
0
Grain SA and the Bureau for Food and Agricultural Policy (BFAP) have a yearly agreement where BFAP does scenario planning for the organisation. This...