Home ON FARM LEVEL A look at sunflower performance under CA

Producer-led transformation of agricultural production systems based on conservation agriculture (CA) principles is gathering momentum globally as a new trend for the 21st century. Worldwide the area under no-tillage is currently estimated at 157 million hectares.

Since 2008/2009, CA cropland has expanded at an average rate of some 10 million hectares per year, showing the increased interest of producers and national governments in this alternate production concept and method. The greatest rate of adoption has been observed in North and South America as well as in Australia and Asia, and more recently in Europe and Africa, where the awareness of and support for CA are on the increase.

What is CA?
The principles of CA include minimal soil disturbance (reduced tillage or no-till), retaining crop residues on the soil surface to produce a layer of mulch as well as multiple cropping (for example crop rotation). Several studies have shown that the retention of crop residues on the soil surface, crop rotation and reduced tillage under CA practices may induce higher soil organic carbon (SOC) and nitrogen (N) levels compared with conventional tillage practices. By emitting less carbon dioxide and capturing more carbon in the soil, CA helps counter the effects of global warming. Important benefits of CA are that runoff and soil erosion are slowed down, water infiltration improves and soil quality is restored. This in turn improves the efficiency of grain production, while enhancing sustainability. 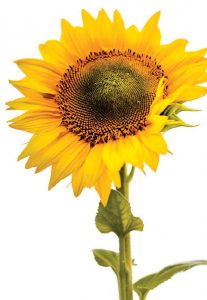 CA in South Africa
In South Africa, the best adoption rate has been in the Western Cape, with nearly 80% of producers having no-till machinery. There is a strong group of no-till producers in the Bergville and Winterton areas of KwaZulu-Natal. These areas lead the way with CA in the country. As producers from all over the country realise the benefits of the system, especially in drier years, many adopt some form of CA.

Sunflower production under CA
In North America, the no-till sunflower adoption rate varies. The outcome of fields surveyed in 2011 showed that 100% of the sunflower area in South Dakota was under no-till, while 100% in Manitoba was conventionally tilled. Other states like Vermont was at 88% and Minnesota at 78% conventional tillage. There has been a positive trend during the past years for more sunflower hectares being planted using no-till farming practices in the Great Plains region. In the Pampas region of Argentina, the relative low adoption rate of no-till sunflower production is attributed to a lack of information on agronomic practices. Due to a lack of experience and knowledge, South Africa is lagging behind in the conversion to CA systems, especially with sunflower production. Although producers are eager to adopt CA, a lack of locally developed guidelines and experience deters CA adoption.

Response of sunflower to CA
The yield response of sunflower to CA, especially to no-till, has been recorded in several studies abroad and the results are contradicting. In two cases, yield increases were found. Higher no-till sunflower yields were recorded in two out of five years in Kansas in the USA. In Spain, no-till resulted in higher sunflower yields than conventionally tilled soil only in dry years with less than 490 mm of rain. Several researchers reported neutral effects – mostly on clay soils. Tillage compared to no-tillage had no effect on sunflower yield on a clay loam soil in Texas as well as on a clay soil in North Dakota. On a vertic soil in Morocco, tillage treatments including no-till also had no effect on sunflower yield. Similar results were found in Brazil, and on clay loam soil in Turkey, Iran and in the Pampas region of Argentina. Reduced no-till sunflower yields are also reported. At Hyderabad in India, conventionally grown sunflower produced an 80% higher yield than no-tilled sunflower on a sandy clay loam soil. Strip-tilled sunflower had an 11% higher yield than no-tilled sunflower in Kansas.

Effect of tillage on sunflower seed yield
The mean sunflower seed yield under the no-till system was significantly lower (15%) than that of the tilled treatment in 2013/2014 (Graph 1). This difference declined to a non-significant 9% in 2014/2015 (Graph 2), followed by a significant advantage of 34% of the no-till system over the yield of the tilled system (Graph 3). This is probably a reflection of the typical trend, often found for soil which is in transition from an unstable tilled to a stable no-till system, where the soil’s physical, chemical and biological properties are at or close to its optimum. Additionally, sunflower yielded higher under no-till than conventionally tilled soil during the 2015/2016 growing season, which might be due to the drought. Similar results were noticed for the maize trials in North West.

Seed protein content improved in all seasons with increasing nitrogen application rates. The seed oil content was affected by both factors, but without any interaction. This indicates that the effect of tillage systems and nitrogen fertilisation on the seed oil content is unpredictable. 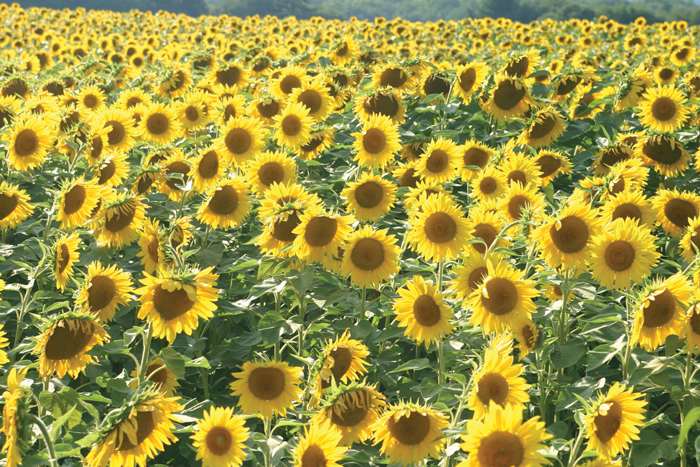