‘Investments in agriculture are the best weapons against hunger and poverty – they have made life better for billions of people.’ These words were spoken by the American business magnate, Bill Gates, who doubled up with Roger Federer in February this year for the Match in Africa exhibition event in Cape Town.

Grain SA’s farmer development and mentorship programme is another weapon against hunger and poverty. The programme was established to improve the agricultural skills of small-scale farmers and ultimately better their lives. However, the mentors who form part of the programme have discovered how much they themselves are benefitting from it.

Mentoring means growth
Sinegugu Ndamase (33) is a junior mentor in the Eastern Cape who was trained by Sinelizwi Fakade, former Grain SA provincial co-ordinator in the province. She formed part of the intern programme and started working individually as mentor in 2018. This positive young lady is full of praise for the changes this programme has brought about in her own life.

‘I have become a better woman through the programme. The first time I had to go to a study group on my own, I was very scared. Now I can say that working independently is one of the best things that has happened in my life.’

She shares that her communication skills have also improved with leaps and bounds, as she has had to address large groups on her own. ‘This has also resulted in my confidence growing,’ she says.

Before she became a mentor, Sinegugu had very little driving experience. However, the programme has even helped develop her driving skills – as she has had to learn to steer her vehicle on rugged terrain to reach her farmers. ‘I have even travelled to Queenstown on my own – which is quite an achievement!’ She says in the beginning it also helped her become fitter, as she had to take a taxi to the more secluded areas and then had to walk some distance on the gravel roads to reach the groups.

The learner became the teacher
Sinegugu’s interest in growing crops was sparked when she went to high school at Sehole Combined School in Harding, KwaZulu-Natal. She lived with her aunt who had a vegetable garden and she found it very exciting to see food being grown from seeds. She was the only one in the household who always helped attend to the plants. Agricultural studies were part of the curriculum at school. She found the subject content, which included crop production and livestock, so interesting that she decided to make a future of it.

After her matric studies, she completed a diploma and then a BTech degree in Agricultural Management, specialising in crop production, at the Nelson Mandela University in Port Elizabeth. She then successfully completed her honours degree focusing on rural development.

She currently functions as a seasonal junior to assist the four study groups in the N2 Dutywa region in Mthatha during planting season. There is also a possibility that she will help with yield estimates in July/August.

Sinegugu loves the content of the farmer development programme and uses the carefully worked out syllabus provided by Grain SA to guide the farmers to improve their skills. She is proud to say that she really knows the ‘book’ by heart, which has made it easier to convey the information. Being confident as a teacher has helped her to gain the trust of the one group that was first mentored by Sinelizwi. ‘When I took over, they were a bit wary of the girl who was following in the big boy’s footsteps,’ she laughs, ‘but once they saw I really was a farmer at heart, they accepted me with open arms.’

The smallholder farmers who fall under her guidance all plant on plots between 1 ha and 5 ha. Personal visitations are done regularly in season to ensure that what is being taught, is also put into practice on the plots.

In 2018 the farmers achieved yields of between 3 t/ha and 4 t/ha, but with drought being a big problem in the area in the previous season, she suspects that the yield will not be as good this time. ‘Some areas had severe storms, while others had to cope with the drought. Farming is tough and I have tried to keep the farmers motivated,’ she shares. She even gives telephonic advice to farmers who are no longer part of the programme. ‘Just because I am passionate about agriculture.’ 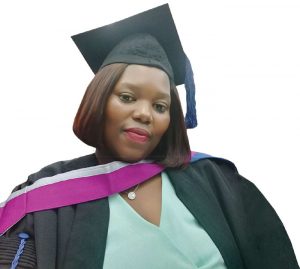 For Sinegugu her first year functioning alone as a junior mentor has been a highlight. ‘I saw despondent farmers faced by many challenges – not thinking they would have a crop this season. Then despondency changed to excitement about what they saw growing in the field.’

Tackling challenges head on
In her short time as mentor, she has found three key areas that need to be addressed:

Being a mentor has enhanced Sinegugu’s belief that agriculture is not only a way of living, but that it means life. Without agriculture there will be no food – and no food means no life.