The Bureau for Food and Agricultural Policy (BFAP) conducted a groundnut value chain study in 2019 with a focus on the trade competitiveness challenges faced by the industry and the impact of inconsistent tariff applications. The South African groundnut industry once again finds itself at a crossroads – this time with the possibility of more extensive and irreversible consequences for the future existence of this local R2,5 billion industry.

Since the 2012 BFAP Groundnut Forum evaluation report, various industry actions have been introduced to support turn-around initiatives. However, like in any specialised industry, this is a continuous task and requires very specific and timeous actions. BFAP’s approach to integrated value chain analysis to identify and prioritise very specific policies and investments is aligned to the National Treasury’s latest strategic document that was published in October 2019, entitled ‘Economic transformation, inclusive growth, and competitiveness: Towards an Economic Strategy for South Africa’. The South African groundnut value chain is mapped out in Figure 1 and 2018 average volumes are indicated at each node. Some key points from the value chain map to point out, include the following:

In South Africa the groundnut area harvested has been decreasing constantly over time. Although there has been an upward trend (with a lot of fluctuation) in yields over the past two decades, yields have not been increasing enough to compensate for the loss in hectares. Consequently, production levels have also been declining over time. As a result, South Africa has become a net importer (from previously being a net exporter) of groundnuts to meet local demand.

The BFAP study identified three key factors that, if addressed, could make significant contributions to the industry’s turn-around strategy:

Price discovery and publication
Transparent price discovery and official reporting on public platforms are important in ensuring on-farm profitability and sustainability. Comparing the gross margins of groundnuts to other competing crops in their relative districts, illustrates a much larger margin for groundnuts than for the other crops (see Graph 2). However, risk factors that need to be taken into account for groundnuts specifically, include the following:

The groundnut price is mostly dependent on the supply and demand of groundnuts. The price differs from other crops like maize and sunflowers because it does not have a Safex or CBOT reference price. Thus, a fixed price or minimum price are used for contracting purposes. Graph 3 shows the component prices for various quality groundnuts and a combined producer’s stock price based on an average dryland share calculation.

Uncertainty still surrounds the determination of prices, especially with pre-seasonal contracts informing the decision of the producer to plant. Innovative research is recommended to establish a transparent price determination mechanism.

Impacts of tariff imbalances need to be addressed
In the past three years, groundnut butter imports have increased dramatically, from less than 1 000 tons before 2016 to more than 3 000 tons in recent years (Graph 4). At the same time, retail prices have consistently been increasing, while the unit values of imported butter (trade values divided by trade quantities as a proxy for import parity price) have remained relatively constant. This implies that the margin for imported groundnut butter (difference between import parity price and retail price) seems to have increased drastically over the past ten years, offering opportunities for groundnut butter importers to expand the market share.

Table 1 shows that even though the raw or base product – groundnuts – have a 10% tariff, the products derived from groundnuts (groundnut butter and roasted groundnuts) have very low tariffs. This creates imbalances in the pricing of products and leaves local processors vulnerable to relatively cheaper imports.

The impacts of the current tariff imbalances can prove detrimental to the local groundnut market for groundnut butter and/or roasted groundnut production industry. A worst-case scenario simulated in the BFAP modelling system (where all peanut butter was assumed to be imported rather than processed locally) illustrates that 3 000 jobs could be lost, providing for 12 600 dependants, and a loss of R283 million in gross value added. Trade policies need to be addressed to avoid the unfolding of such a scenario.

Even though local groundnut production is a drop in the proverbial global bucket, South Africa has maintained demand for its product due to the varietal choices (producing predominantly Spanish type groundnuts) that created a niche market opportunity. It is crucial to maintain competitiveness at primary production level (in terms of cultivar adoption and yield achievement) if export markets are to be maintained to support the producers’ stock price. The second crucial factor contributing to competitiveness in the global market is a quality action plan, ensuring the adherence to the latest quality standards. Consistency in quality and quantity supplied to the international market (including off-takers like Japan and the Netherlands) will prove vital for local price support and the ultimate sustainability of the groundnut industry. 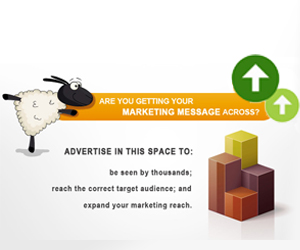 The impact of food safety – lessons learnt from China

Thabang - February 10, 2020
0
With globalisation there has been a growing consumer demand for a wider variety of food, which has resulted in an increasingly complex and longer... 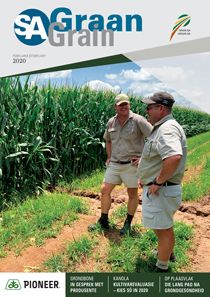 ABOUT US
SA Graan/Grain is your online compass for the sustainable production of grain and oilseeds in South Africa. We provide you with the latest agricultural information based on relevant research, technology, production techniques and expertise. Backed by Grain SA as a prominent grain producers organisation, our articles are written by prominent scientists, agricultural economists, experts from the industry and professional journalists.