‘Life is an echo. What you send out, comes back. What you sow, you reap. What you give, you get.’ This statement from the American author, salesman and motivational speaker, Zig Ziglar, rings true regarding Du Toit van der Westhuizen, Grain SA’s development coordinator in the North West. Du Toit – better known as Thabo to farmers in the province – firmly believes that his life would have turned out very differently if he had not helped a neighbour who reached out to him in 2012.

Life is about timing
After completing his school career in Lichtenburg, Du Toit studied agriculture at the Potchefstroom Agricultural College. He began his farming career working for a commercial producer for seven years, whereafter he ventured into his own farming enterprise.

Although finance was a big stumbling block at the onset, his enterprise grew and by 2012 he was planting more than 2 000 ha on land which he rented from tribal chiefs in the old Bophuthatswana. His testimony about perfect timing begins at the end of 2012, when he thought he would possibly lose everything as a result of unfavourable climate conditions.

In December 2012 his path crossed with that of Rykie Raphoto, who was part of the Recap Programme, a joint venture between Grain SA and the Department of Rural Development and Land Reform. Rykie was in desperate need of a planter, but Du Toit himself was busy planting. He suggested that while he was planting sunflower, Rykie could borrow his maize planter as the planting window was running out. Once he had finished planting his sunflower, Rykie could then borrow the sunflower planter.

When Rykie enquired about the cost, Du Toit said: ‘All I want, is that you plant.’ That same evening Willie Kotze, the previous operations manager of the Grain SA Farmer Development Programme, phoned and asked him to become a mentor for a group of farmers who had lost faith in their mentor.

Although Du Toit knew the farmers well, he had no knowledge of the Grain SA Farmer Development Programme. He had, however, been involved in a project for emerging farmers run by NWK Developing Agriculture in 2007. He joined Grain SA’s programme in December 2012 and did a training course in February 2013. Shortly afterwards the position of provincial coordinator for the North West was advertised and Du Toit’s application was successful. ‘This happened two months before my wedding to Lida. I realised that this job would enable me to continue with my own farming operation whilst making a difference in the lives of others.’

He often shares this testimony at farmers’ days to make a point. ‘One can only receive with an open hand, a hand that gives. Nobody can receive with a tight fist. If I had not helped Rykie, my story would be a very different one,’ he said.

Others become an inspiration
Being part of the Grain SA Farmer Development Programme has been one of Du Toit’s most inspiring experiences. ‘Working with developing farmers has opened my eyes and enriched my life. My reward lies in the inspiration I get from seeing the difference that my involvement makes,’ he shared.

His biggest inspiration came from an elderly deaf and mute farmer, who started attending the study group meetings after a visit from Du Toit. ‘Monsanto had gifted the study group members with 2 kg bags of seed. The chairperson asked if he could take a bag for his neighbour, who had a garden plot. When I heard that he and his wife were deaf and mute, I wanted to meet them. I had to use a form of sign language to explain to him how to successfully plant the seed.’

This man managed to harvest 40 bags of maize, which was enough for his own use and for that of his extended family. He even had enough to sell to supplement his pension. ‘It is stories like this that enrich my life and make this job worthwhile.’ 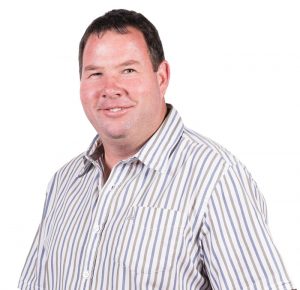 A mentor at heart
The bond formed between a farmer and his mentor or development coordinator is special.
‘I realised how much trust has been built up over the years when the farmers told me that they won’t let me go and that I will have to remain in this job until I die,’ Du Toit added with a smile.

Du Toit decided to turn his farm into an experimental farm. ‘I plant maize, sunflowers, soybeans, groundnuts, potatoes, tef and sugar beans so that my farmers can learn what works and what doesn’t.’ He also has feedlot cattle and a chicken incubator to teach the farmers the importance of generating cash flow.

To him the following practices are a recipe for farming success:

Thabang - May 3, 2022
0
On several occasions over the past few months, we have repeatedly confirmed that the main focus of Grain SA is the profitability of grain...