This is the second last editorial I will write for SA Graan/Grain. The plan is still for me to lay down the reins as CEO at the end of August 2021. Last month an article was published on my little more than ten years here at Grain SA. Though I wouldn’t think there is enough space in the magazine to write last messages, I would, however, like to take this opportunity to share a thought or two about the future for those who will take over the baton from me.

Over the past two years, especially during the COVID era, I have become very aware of the strategic value that Grain SA offers to the entire agriculture sector. As the largest commodity organisation, it places an immense responsibility on our leaders to provide direction. I have sat in many a meeting with extremely complex problems on the table – and then that familiar silence: What now? It was as if everyone waited for Grain SA to say what should be done.

This scenario is not going to change anytime soon. Our leaders decided long ago to build capacity in the form of people and funds to provide proper guidance. After all, we form the basis of the food pyramid and the expertise of our people stands out in this regard. If Grain SA wants to keep on setting the tone in future, we must continue investing in the expertise of our people – this includes the leaders on our Executive. 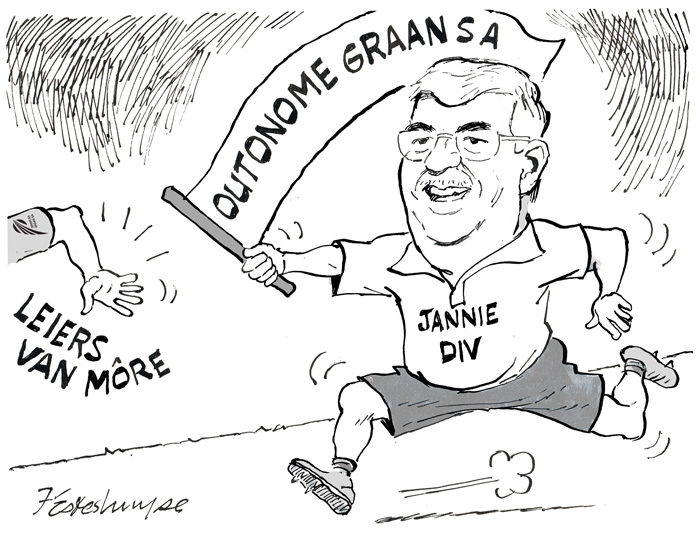 The second comment I would like to make, concerns our independence as an organisation. With voluntary levies there is always the downside of free riders, but at least nobody dictates how we should use our own funds. The ‘threat’ from members that they will resign and stop paying if the organisation no longer offers value for them, is precisely what gives us the edge. It keeps us on our toes. When I look around and hear the grumbling of my colleagues who enjoy the apparent comfort of statutory levies, I am not so sure that it is the position I want to find myself in.

Statutory levies are likely to put more funds in Grain SA’s pocket. However, it also brings more prescriptions on how it should be spent and then, of course, there is the political battle over to whom the funds are allocated. If we impose a statutory levy on maize, the queues of those who will want it, will be as long or longer than the vaccination queues! So, my advice is to rather remain autonomous and be sharp, even if it hurts sometimes.

With the closing down of the councils in 1995, the then Minister of Agriculture, Derek Hanekom, asked me to serve on a commission that had to reflect on the nationalisation of all the grain silos. I was still wet behind the ears, with but only ten years of experience in the grain industry. I went to see one of my mentors (who today still is a mentor to me) to hear what my mandate would be. His advice was simple and straight: ‘We as the private sector will much rather fight a private monopoly than a state monopoly!’

There was a lot of emotion in our debates and as a young man it was my first introduction to the bitterness that apartheid caused in some people. The outcome of the commission was not to nationalise the silos. Today, more than 25 years later and with much more experience behind my name, my answer to all of you, like Hamish McBain’s, will remain: ‘Keep the state out of the grain value chain as much as possible – let the market do its job.’ When I look at all the failed state-owned enterprises, there are probably many more people today who support this view of minimum state intervention.

I would never want to be so arrogant as to be prescriptive about it, but after 36 years in the grain industry I think it deserves serious consideration.

Choose to focus on growth

Choose to focus on growth

Thabang - October 4, 2021
0
As we approach the new summer season, we cannot help but look back with grateful hearts on the past season and specifically the beautiful...