Home INPUT & PRODUCTION Benefits of farming in partnership with nature

It is likely that you have heard or read about soil health. Also, that soil health is intricately linked to the animals – big and small – that inhabit our farmlands. Maybe you have already implemented agricultural practices that restore biodiversity and improve the capacity of your soil to deliver vital services such as nutrient cycling and the control of erosion. The truth is that we all share a responsibility to ensure that coming generations can also benefit from the riches that nature offers.

Even so, farming remains a business that sustains the lives and livelihoods of more than 800 000 South Africans today. Therefore, you may wonder what economic benefit there is in promoting soil health. Why start now if you have not done so already? To answer these questions, also keeping in mind our responsibility to protect Mother Nature, we will look at the substantial economic benefits and environmental accomplishments that were achieved by a conservation agriculture (CA) producer in the Eastern Free State of South Africa.

SA Graan/Grain has previously published two articles in which Izak Dreyer and his team related their CA journey. The first article focussed on their experience – the successes achieved and the mistakes they made. The second related to integrating livestock in a CA system. You can read ‘Benut die natuur se gratis dienste’ and ‘Só integreer ons vee in ’n bewaringstelsel’ on www.sagrainmag.co.za. The articles are also available by scanning the QR codes at the end of the article.

Izak is a third-generation grain and livestock producer in the Vrede area. After practising conventional agriculture on his farm Goedgedacht for more than 15 years, he realised in 2012 that it was time for change. It was then that Izak started in a timely and systematic manner converting his conventional farmlands to CA systems. This included planting cover crops in rotation and implementing ultra-high-density grazing (UHDG).

Economic benefits
After eight years of CA on his now fully transitioned farmlands, Izak is reaping the economic rewards of his initial decision to farm more sustainably. According to him, the biggest economic benefit is the reduced need for tillage. With no tillage as part of the CA system, the cost of working fields has drastically reduced as a result of lower fuel consumption as well as reduced hours and maintenance on farming equipment. Overall, his kilowatts per hectare have been cut by approximately 40% for the same area under conventional cultivation.

Other tangible benefits of CA on Goedgedacht include increased water infiltration, decreased water evaporation rates and lower soil temperatures. Because of the subsequent increased soil moisture levels, Izak and his team are able to plant winter cover crops with great success (Photo 1). The winter cover crops not only improve the condition of the soil, but also serve as food for livestock managed in an UHDG system. This high-quality feed has returned up to 150 kg/ha in growth for cattle during the winter months. When planting and grazing cover crops during the summer months, cattle growth rates exceeding 250 kg/ha can easily be achieved (Photo 2).

From a fertiliser perspective, nitrogen is currently applied at rates 40% lower than in conventional systems. Izak is convinced that as the health of the soil continues to improve, even further reductions in inorganic fertiliser quantities will be possible in the near future. Additional benefits of CA on Goedgedacht include the suppression of weeds by cover crops and the reduced need for liming because of lower soil acidification. However, as Izak notes, one of the greatest benefits of implementing CA and therefore promoting soil health, is the improved resilience against especially climatic extremes. It has been noted in several trials and fields in South Africa that CA systems outperform conventional systems in drier years with up to 15% higher yields.

Environmental benefits
In September 2019 the North-West University, in partnership with Dr Hendrik Smith from ASSET Research (formerly and at that stage positioned at Grain SA), initiated a research project focussed on evaluating the soil health status of CA farmlands (Photo 3) on the Goedgedacht farm. The project was part of the CA Farmer Innovation Programme (FIP) funded by the Maize Trust. The emphasis was on measuring the restoration of the soil ecosystems following CA implementation. This is of vital importance as healthy soil ecosystems fulfil multiple functions (nutrient cycling, carbon sequestration and pest control), which ultimately play a key role in the delivery of soil ecosystem services such as food production.

As previously mentioned, the CA farmlands were untilled, while cover crops were planted in rotation and utilised with an UHDG cattle system. The main rotation on these farmlands consisted of a maize/maize/soybean/summer cover crop – with winter cover crops (between summer crops) in rotation (Photo 4). A nearby conventional farmland and natural veld (Photo 5) were also studied and served as the disturbed and undisturbed reference sites, respectively.

Using beneficial nematodes as bio-indicators of soil ecosystem health, the food web of the CA and reference sites were studied and characterised. By doing this, more was learned about the restoration of the CA farmlands since transitioning from conventional practices. Results showed that the average soil food web status (Figure 1) of the CA farmlands was maturing and enriched. This means that the soil food web is well structured and that energy flow is facilitated (Figure 2), which is a critical process in the delivery of services. Furthermore, soil enrichment is indicative of greater nitrogen availability for utilisation by plants and soil animals. However, high enrichment values are typically due to anthropogenic activities (manure and/or fertiliser application).

When considering that the conventional farmland was classified as degraded and depleted and the natural veld as mature and fertile, it is inferred that the CA farmlands have shifted from degraded and depleted to maturing and enriched systems. This means that following the transition, the CA farmlands are being restored to natural background levels (as represented by the natural veld). As the soil ecosystem health continues to improve under CA, the soil food web is expected to mature even further. This will likely result in even less reliance on fertilisers to provide nutrients for sufficient crop yield and quality, also with an increased capacity to manage pests and diseases.

As a last note on the study undertaken at Goedgedacht, the evidenced relationship between the nematode structure index (an indication of soil food web maturity) and inorganic nitrogen concentrations can be presented. Graph 1 illustrates a negative relationship, as represented by the solid line, between these two parameters. This indicates that higher inorganic nitrogen rates have a negative influence on the functioning of the soil food web and therefore soil health in general. The lesson to be learned here is that when transitioning from a conventional to a CA system, it is critical to also gradually reduce inorganic fertiliser application. Furthermore, consider planting nitrogen-fixing crops (such as soybeans) and cover crops in rotation. This will help promote the restoration of the soil ecosystem and the functions and services it delivers. It will also limit the application of excessive fertilisers, which pose a pollution risk to the environment.

Final remarks
Farming in partnership with nature has clear economic and environ­mental benefits. It not only puts food on the table, but furthermore reduces the impact of agricultural activities on the environment. Danie Slabbert is a well-known producer in the Reitz area, who also shares a distinct passion for CA. In Danie’s words: ‘It is an incredible privilege farming with nature. This not only has a positive impact on my farmlands, but also on the community around me. Nature is always right, so why argue? Farming more sustainably has really opened up a whole new world for me.’

The biggest step in converting to a CA system – or really any type of system aiming to promote agricultural sustainability – is making that first decision. There will surely be challenges along the way, but there are many producers on the same path and together great success can be achieved. 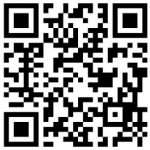 Thabang - June 3, 2021
0
All pesticides must be applied at a certain dosage rate that is unique to every product to ensure effective management (control) of the target...