Home COLUMNS Mentoring is about going the extra mile

American author, Louis Sachar, said: ‘It is better to take many small steps in the right direction than to make a great leap forward only to stumble backward.’ As a mentor in Grain SA’s mentorship programme, Eric Wiggill from the Swartberg area in KwaZulu-Natal, realised that before expecting vast improvements in his mentees’ yields, he first had to take small steps and address their lack of basic agricultural knowledge.

‘This was one of the biggest challenges we faced when we started the program­me. The aim was to teach maize production, but we ended up sharing basics first.’

Through addressing small things initially before sharing knowledge about agri­cultural practices that would improve their farming methods, his mentoring was much more successful.

Turning stumbling blocks into milestones
Changing poor agricultural practices that have been used by the farmers for generations was difficult. ‘Trying to get the farmers into the planting times was a huge challenge, as they planted on the same date every year. No-one had taught them that there are various factors, like weather patterns, to take into account when it comes to planting dates,’ Eric shares.

Fortunately seeing is believing and as soon as the mentees witnessed the improvement in the field, they were on board. Many of the farmers who were only harvesting between 1 t/ha and 2 t/ha, started getting 7 t/ha to 9 t/ha after implementing what they were taught.

To Eric the impact of the programme is clear in the comment made by an old gogo who stood up at a study group session one day, saying that she couldn’t understand why she had to wait until the age of 80 to be given this information.

As in many of the areas, mechanisation is another big stumbling block the mentees have to face. ’not having their own machinery, they have to rely on contractors who are not reliable and whose knowledge is also lacking.’ Eric even included some of the contractors in his study groups, giving them guidance on the calibration and maintenance of equipment. Eventually each small step was a step towards improvement.

Eric believes that growing maize forms a small part in the bigger picture of farming. Although hunger was on the table in so many communities during the COVID-19 lockdown, his mentees were coping. ‘They knew how to grow and mill maize and had also learned how to grow vegetables and feed their animals.’

In many of the rural areas where the mentorship programme has been implemented, the attendees are older with more ladies than men joining the study groups. He tried to address this problem by inviting the young people who were at home to join the study group sessions. By getting them involved, he trusts that their interest in agriculture will grow so that they can take over the farming activities from their parents eventually. 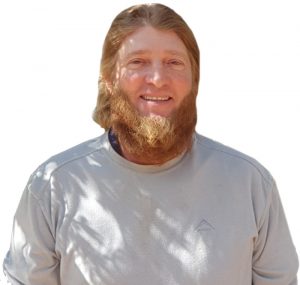 From hardware to mentorship
After completing his school education at Weston Agricultural College in Mooi River, KwaZulu-Natal, Eric travelled abroad and drove tractors on farms in Europe for a few years. He then tried his hand at plumbing and even opened a building maintenance company.

Eventually he returned to his passion – agriculture – when he bought a smallholding in the Swartberg area. Here he has been farming with sheep, chickens and pigs for about six years.

He got involved in Grain SA’s mentorship programme through Ian Househam, the previous development coordinator in the province. They established the Jobs Fund project in deep rural areas in the Eastern Cape and KwaZulu-Natal where poverty is widespread.

The Kokstad area started off with about 200 farmers, but due to the desire for knowledge there was huge growth in the area. ‘Our numbers have doubled every year and approximately 1 500 mentees are now part of the programme,’ he says.

Eric has since qualified as an assessor and facilitator to be more equipped in teaching older people in rural areas.

Change is part of the programme
To Eric the rewards of being a mentor are huge. ‘Seeing a whole community harvesting and being happy, realising things are looking more positive, makes the effort you put in worthwhile. Mentoring is about going the extra mile.’

He also says that personal change comes with the territory. ‘I have become more accepting of people who are lacking in knowledge. Instead of brushing them aside, I have learned to slow down and teach – and being a teacher is very rewarding.’

Even though he was raised in Lesotho and was always surrounded with people from rural areas in his childhood, he was still surprised at how easily he became part of the community. ‘I have met amazing people and have never felt unsafe anywhere in these rural areas. I was really looked after by the mentees.’

Eric has not just gone the extra mile, but is taking the complete journey with his mentees. He still receives phone calls from some of them who just want to check in on him. ‘And sometimes all they want is a bit of advice,’ he adds.