During the past week Grain SA’s Executive had its first Zoom meeting. It was meant to bring everyone up to date with everything the organisation is currently busy with and to lament over NAMPO that will not take place physically at NAMPO Park this year.

Right from the start I made two observations: Initially the Executive members were a bit reserved with the new technology, but they soon mastered it and were able to participate comfortably. The other impression was that the rain in the south and the promising harvests in the north have caused a new spark. The adaptability of our producers in the new circumstances has been noticeable. I think it is positive that this DNA is also part of our organisation – it will guarantee our sustainability.

We looked at existing risks that have increased and also evaluated new risks that are threatening our existence as grain producers. Priorities were revisited and rearranged to ensure that personnel continue to focus on the right things. The profitability of the sector remains paramount. Yes, somehow the country has to survive and get the economy growing, but the sustainability of producers remains Grain SA’s priority. The location differential, the integrity of the market and grading were discussed at length and in depth. Although politics are threatening us on many fronts, it is not first in line. The crops out there may look promising, but Grain SA’s finances are suffering a drought. Our normal income generated from the NAMPOs will probably not materialise this year. 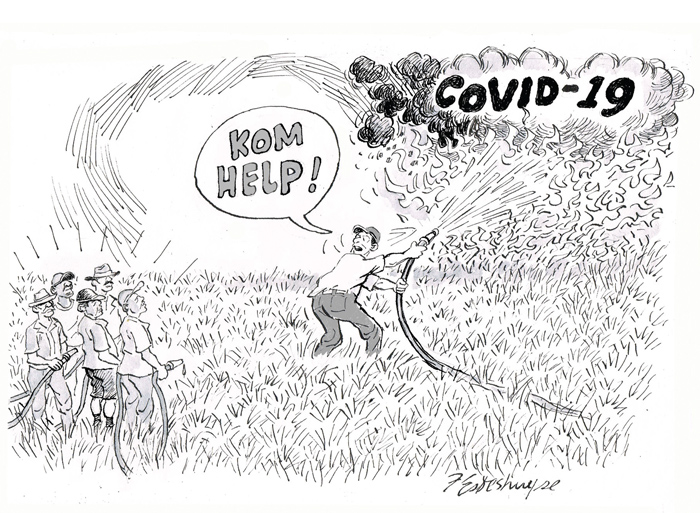 A lot of our predecessors who have worked through many a drought in farming, taught us about saving and building up reserves for times of need. We are there now and thus we can sustain the Covid-19 drought with our reserves from previous years. To rebuild such reserves is going to take several good years with great yields. Thank you to each of you who so faithfully supports your organisation. However, the Executive also has a message for fellow producers who are just tagging along: It is time for everyone to realise that we are not going to make it on our own. Each one will have to make their contribution so that we can survive collectively.

I would like to conclude this month’s editorial with the contrast of being too hard or too soft. When talking about the country’s difficult national policy issues, we often find ourselves with the emotion of being too hard or too soft in the same body. Many producers view the outcomes of negotiations with the government or other role-players in the market as if we as negotiators are too soft. At the same time, we often progress too slowly with the government and others because they consider us as negotiators to be too hard and unyielding in our search for solutions and compromises. This is a fine balance, causing those that have to negotiate to always be wrong and never good enough. Someone is going to be unhappy – regardless of the outcome.

Margins in the battle for survival on the farm, in the economy and politically are now so narrow that I don’t know how long the contrast of simultaneously being hard and soft will hold up. All three parties are fighting for survival and to protect their part of the so-call­ed cake. We will probably only know who was too hard and who was too soft once there is no cake left.