In South Africa, the population is growing at a rate that exceeds farming outputs. This means that producers cannot grow enough to keep up with the increasing demand for food, which is one of the causes of food insecurity. Food security is the access to enough food for an active, healthy life by all people at all times (Anderson, 1990).

Driving forces for food production are human resources, adequate water and availability of sufficient arable land, not forgetting the farm inputs such as fertilisers, pesticides, adequate genetic material in the form of seeds as well as technical know-how.

Indigenous or underutilised crops provide opportunity to increase food production to ensure food security in the country. Crops that are consumed by humans but whose importance has not been exploited very well, can be categorised as indigenous and/or underutilised crops. They are good sources of food, contribute to human health (both nutritional and medicinal value) and are a good means of income generation and environmental services. These crops can be sustained and/or produced with low inputs and can create new markets. Indigenous and/or underutilised crops can be found among oil crops, root crops, ornamental plants, leafy vegetables, fruits, cereals and pulses.

Pulses are a type of leguminous crop harvested solely for the dry seed. Due to the beneficial attributes of pulses, consumption of pulse crops is projected to be increasing in the near future. Hence, there is a need to invest in pulse production to try to close the gap of demand. Pulses as legumes are important for food and nutritional security as well for improving soil fertility. Despite the importance of legumes, there are still constraints in cultivating them.

Chickpeas, groundnuts and pigeon peas as leguminous crops have a narrow genetic base due to bottlenecks associated with the origin and their domestication. On the other hand, the low supply of pulses like pigeon peas (one of the pulses that is underutilised in South Africa) could be due to the limited number of adapted and high-yielding varieties. Locally, pigeon pea production is mainly by smallholder farmers. They use local landraces of which the yields are meagre and most of them are not fully characterised. Despite the potential of pigeon pea as an important leguminous crop, only a few studies have been conducted in South Africa on its adaptability to various climatic conditions as well as agronomic practices such as plant population and planting dates.

Pigeon pea
Pigeon pea is one of the pulses recognised by the United Nations Food and Agriculture Organisation (FAO). It is a leguminous shrub that can be grown both as an annual or a perennial crop. The nutritional value of pigeon pea includes high starch, protein, calcium, manganese, crude fibre, fat, trace elements and mineral contents, which makes it an ideal supplement for traditional cereals or tuber-based diets, which are generally protein deficient. In addition to this high nutritional value, pigeon pea is used as source of traditional medicine components in some parts of the world, such as India, China, the Philippines and some other nations. Moreover, pigeon pea can improve the fertility of the soil through atmospheric nitrogen fixation (Adebowale & Maliki, 2011; Choudhary et al., 2013).

In South Africa, pigeon pea is a minor crop in terms of both production and consumption. This presents a great economic opportunity as a niche market for producers. Local pigeon pea production is characterised by lower yields that are often attributed to unfavourable climatic conditions, lack of improved varieties and scarce information on agronomic practices to achieve optimum production in the areas where this crop is cultivated. Pigeon pea is mostly grown in Limpopo, Mpumalanga and KwaZulu-Natal. Varieties can be categorised into determinate and indeterminate growing/flowering types. Determinate types flower within a certain period in their reproductive stage, while indeterminate types flower throughout until a particular environmental condition causes them to stop flowering. The crop can be continuously harvested depending on the duration of the variety as it can be grown as an annual crop or a perennial plant in homesteads.

Introduction and awareness
The Agricultural Research Council (ARC) has a mandate of working with partners to provide a sustainable way of producing food for the ever-increasing population and to manage the food security issues of the nation. In order to achieve the goals of reducing hunger, poverty and malnutrition in the region, the ARC works on different crops that have inherent potential to provide food and nutritional attributes – with pigeon pea being one. Recently, the ARC has been trying to introduce pigeon pea to the nation and prescribe optimum production practices for its production. Work on evaluation and identification of the most adapted introduced pigeon pea varieties from various countries and the best agronomic management practices for the production of this crop under South African conditions is a target to contribute to improving food security.

Since not much is known about the cultivation of the crop under South African conditions, lots of work has to be carried out on the crop. This includes identification of the optimum planting dates and plant populations specific to suitable agro-ecological zones in the country. Considering the results from the ongoing study in Potchefstroom in the North West Province, it is advised that the crop should be planted around the last week of October at the inception of the raining period in a very good season such as this year (2020/2021). This is irrespective of varieties of pigeon pea cultivated during this season. 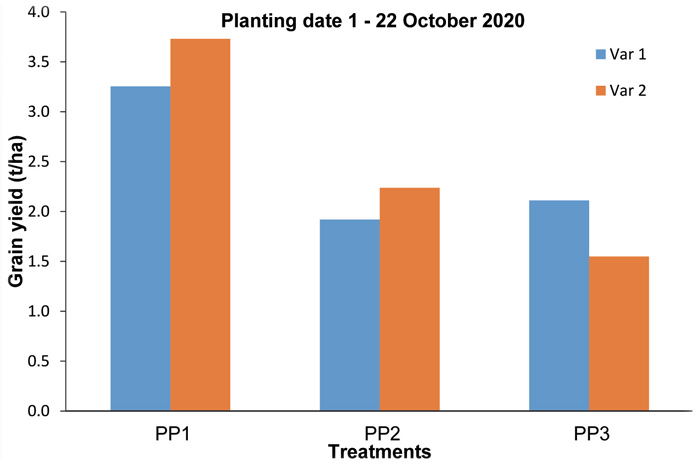 With the help of the Department of Agriculture, Land Reform and Rural Development (DALRRD), a production manual for the crop under South African conditions is expected to be produced. This will cover agronomic practices, which will involve soil management, crop production, crop protection (weed, pest and disease protection) and identification of the most adapted introduced varieties for specific agro-ecological zones in the country. The bigger picture is to understand and find a way to increase pigeon pea varieties in the country.

Thabang - August 2, 2022
0
CropLife SA often receives queries from people who want to sign up for the ‘AVCASA course’ or who would like to become ‘AVCASA-accredited’. However,...

The how to of planter maintenance and fine-tuning

Effects of soil compaction on yield and profitability

Comply with regulations that govern these technologies

We must never forget our bee dependency