Carel Foord from the Vryburg area says you cannot be involved in Grain SA’s mentorship programme without it having an impact on your own life. In this region he is known as Mashesha amongst the mentees. ‘Mashesha means hurry up as I like getting things done as fast as possible. The mentorship programme has, however, stripped me of my impatience, so perhaps my name should be changed to tortoise now!’

To him the mentorship programme not only teaches, but it also restores dignity. ‘When I visit the farmers at home, they can’t wait to show off their flourishing vegetable patches. This programme is really making a difference,’ he says. It is said that self-confidence is a superpower, because once you start believing in yourself, great things can happen. Over the years, there have been many testimonies of great things happening amongst the mentees who form part of the mentorship programme.

From miner to mentor
Carel was raised on his grandfather’s farm and gained most of his agricultural knowledge from this life mentor. After completing his school career, he reported for his military training and was then employed on the mine, where he successfully complet­ed a trade. Whilst following a flourishing career on the mines, he managed to purchase a small piece of land where he began his own farming enterprise – a small dairy with two cows and two calves. He later added some sheep and slowly expanded his farming operation. When the mine closed down in 2006, he could launch his full-time farming career.

Having an entrepreneurial mindset, he also decided to buy more land. ‘I always tried to buy farms with potential – land that no one else wanted,’ he says. Renovations were done to the buildings and fences were fixed to lure potential buyers. In this way he made money and was able to expand the dairy.

In 2012 the government purchased the farm and dairy which at that stage was delivering 6 000 litres of milk per day. The precondition of the transaction was that all employees remained part of the dairy and that Carel would be their mentor for as long as necessary to keep the dairy functioning to its full capacity. This success story was also published in several newspapers.

Changing minds to change methods
At the onset of his involvement, he realised that changing the methods of older farmers was a bigger challenge than he had originally assumed. About 90% of the farmers in the Vryheid district who formed part of Carel’s groups in 2018 were over 50 years of age, with the eldest, Maduma, born in 1924.

‘The older farmers cling to the established way – the way things have always been done. Although old Maduma could show me a thing or two when it comes to manual labour, I knew my methods would make him a better farmer – even at 94 years of age.’

Practical results were the only way that new methods and practices would be accepted in these groups. Agricultural practices like knowing and feeding your soil and the importance of fertiliser were foreign concepts to most of these farmers. ‘The younger farmers soon began to understand why it is important to spend money to make money and slowly came around to an advanced way of doing things.’ 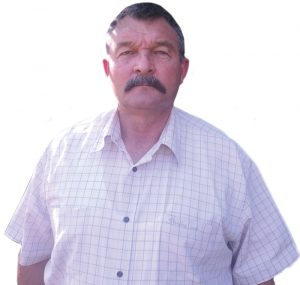 The group at Ophuzane in Paulpietersburg and the seven Vryheid groups met weekly. Instead of having everyone congregate at the local communal hall for the lecture and to receive their inputs, Carel decided to divide them into smaller groups. The groups then met at locations closer to their homes so that he could also give advice during practical sessions. He really appreciated the fact that the farmers arrived on time for meetings. ‘This way they could get the most out of the allocated time.’

Through his example a few of the local commercial producers also became involved in mentoring and giving assistance. ‘They helped with the planting, giving guidance and sorting out problems as they arose,’ he shares about the way in which bridges are being built in this area.

Overcoming obstacles to succeed
Former president Nelson Mandela said when people are determined, they can overcome anything. This is the reality Carel witnessed amongst the group of farmers in the Vryheid district whom he mentored in 2018 and 2019.

Ranging in age from early 20s up to 95, this group of unwavering producers had many stumbling blocks to overcome to put food on the table. They were, however, determined to make a success of their farming operations and to improve their yield.

‘One of the biggest stumbling blocks these farmers have to confront, is combatting pests and plagues. Crows destroy their crops, while mice eat any maize in storage.’ When the problem became overwhelming, Carel bought poison and spent a lot of time giving advice on how to tackle these problems.

Mechanisation is another shortcoming identified amongst the farmers in this district. A shortage of tractors and implements makes it very difficult to implement more modern farming practices. ‘Most of the farmers still use donkeys and plant by hand. Although it is wonderful to see the donkeys at work, implements are needed to lighten the workload and achieve better results,’ Carel says. In the previous season Grain SA managed to secure some equipment for this area which eased the workload.

With so many of the farmers showing vast improvement over the past years, he did not want to highlight only one farmer’s story, but said: ‘Any farmer – no matter the size of his land – who puts food on the table, is a success story worth sharing.’