Most people should be familiar with the concept of stewardship in agriculture by now, especially when it comes to agricultural practices on farm level, such as resistance management and integrated pest management. But stewardship encompasses so much more than that. From a crop protection perspective, it already starts at the research and development stage of the product lifecycle and continues all the way through manufacturing, storage, transportation and distribution, to responsible use and finally, empty container and obsolete stock management.

Stewardship is defined in the Oxford dictionary as the job of supervising or taking care of something, while in CropLife SA we refer to it simply as doing the right thing. In other words, stewardship is not just a checklist to tick when certification is needed, or something that needs to be done to comply with certain regulations, but rather a way of life. But what if, for some reason, the mere concept of doing the right thing is not motivation enough for some individuals to do their part in embracing stewardship? In those few cases, perhaps the following might serve as a gentle reminder of some of the possible consequences if stewardship is treated as optional.

Loss of products or technology
It is no secret that bringing a new crop protection product to the market is a time consuming (over a decade) and expensive (approximately $250 million) exercise – and it is increasing over time. For instance, back in 1995 the development of a single successful product required the testing of 52 500 compounds, but since the year 2000, this figure has risen to around 140 000 compounds. In addition, the industry allocates huge resources not only to research and development, which have increased substantially over the years, but also to comply with manufacturing practices and to adhere to national and international standards such as ISO 14000 and 9000.

But why would this matter to a producer? And what does it have to do with stewardship? Well, to start with, it shows the lengths that the industry goes to in order to ensure that the crop protection products on the market have undergone the necessary testing for product performance, and more importantly, for human and environmental safety. But it also shows that bringing a new product to the market takes time, effort and money. If we lose a crop protection product for whatever reason – be it non-compliance on the part of the user leading to ultimate bans, or loss of product efficacy due to resistance development – it is not that easy to just find a suitable replacement for that product. This refers to plant biotechnology as well, which takes an average of eight years and $135 million to develop a new genetically modified (GM) product and pass it through the regulatory process.

With all the challenges and risks our producers are already facing on a daily basis, is loss of technology really one we want to add to that list? Especially if it is something that can be avoided so easily by incorporating basic stewardship practices, such as integrated pest management (IPM). IPM consists of three main components, namely prevention, monitoring and intervention. This means all the available tools and technologies need to be incorporated in a proactive and planned manner to manage pest levels as best as possible, without necessarily just eliminating pests from the onset. If intervention is the only option left, we need to rely on a combination of cultural, mechanical, biological and chemical pest control methods and not just one single magic bullet year in and year out to solve a pest problem. IPM is just a better approach all around – it promotes good agricultural practices, environmental sustainability and product longevity.

Human health and environmental impact
If the thought of losing valuable active ingredients or GM traits due to non-compliance isn’t enough, then perhaps knowing that non-compliance could have severe effects on human health or the environment, may do the trick. In this case we can use a few examples from the other end of the lifecycle approach, like responsible use. CropLife SA holds regular training sessions for its members and often their clients (producers and farmworkers) about the responsible distribution and application of crop protection products. A number of useful resources have been developed and are available freely on www.croplife.co.za to use as training and awareness material.

The main reason for this is that crop protection products by their very nature are obviously hazardous to target organisms, but potentially also to non-target organisms, including humans, if all the necessary precautions and label instructions are not followed. This includes wearing the correct personal protective equipment (PPE), taking heed of the pictograms and colour bands on the label, ensuring the product is registered for use in South Africa, adhering to all the warnings and precautions, adhering to the preharvest intervals, taking note of pollinator warnings and paying attention to the particular resistance group, to name just a few.

Stewardship does not stop there, though. Even after the product has been used and only the empty container remains, the producer has a responsibility to make sure the containers are disposed of in such a manner that it does not pose a risk to human or environmental health. So, burying or burning containers on the farm is not an option – it is unlawful anyway. One can only imagine the environmental disaster that such practices can lead to. Repurposing or reselling these containers are not options either, because they are still potentially hazardous. There have been several instances where families have succumbed to poisoning because they repurposed a pesticide container for foodstuff or other liquids.

The only acceptable way to dispose of empty pesticide containers is first to triple rinse them on the farm, which removes 99,99% of the original formulation – meaning the containers are nominally clean and can be considered non-hazardous. Once this has been done, they need to be handed over to and recycled by a CropLife SA-certified recycler. This means the containers are taken out of the system, recycled into other useful commodities and do not pose a risk to humans or the environment.

When looking earlier in the lifecycle towards product storage and transportation, there are also a number of rules and regulations that need to be followed to ensure that these products reach the intended destination and target safely. The National Road Traffic Act, 1996 (Act No. 93 of 1996) regulates the transport of dangerous goods. Within these regulations the specific duties and responsibilities of the consignor, operator and the consignee are detailed, along with many other particulars, such as the required placarding for all dangerous goods vehicles and the statutory documentation to be carried by the drivers of such vehicles.

Storage of pesticides is no different and SANS 10206:2010 stipulates several safety regulations that need to be complied with, even if the store is on the farm. All these regulations exist for a reason, namely to minimise risk and provide guidance and a framework in case something goes wrong. This is an issue that is all too easy to ignore because emergencies or accidents are rare. Things usually go right, so we tend to become complacent because of our optimism. This is why stewardship should be a proactive way of life. If something does go wrong that impacts another human’s safety or negatively affects the environment and you did not dot all the i’s or cross all the t’s, that responsibility falls squarely on your shoulders.

Wrong side of the law
There are numerous acts and regulations in South Africa that govern nearly every aspect of the crop protection product lifecycle, all of which are aimed at ensuring things are done in the right way.

In addition to some of the regulations referenced earlier in this article, the Fertilizers, Farm Feeds, Agricultural Remedies and Stock Remedies Act, 1947 (Act No. 36 of 1947) places the obligation for the correct and proper use of a crop protection product squarely on the person who uses it. But Regulation R1716 also specifies that any advice, recommendation or use that do not comply with the label instructions are ‘off-label’ and contravene the act; this includes verbal advice or recommendations. In other words, all parties involved in the sale, recommendation and application of a crop protection product have a responsibility to ensure that they follow the label-directed instructions to the tee.

Besides the fact that it is illegal, off-label use could also pose a major risk to the marketability of a producer’s produce if the maximum residue limits (MRL) are exceeded because of deviation from the label instructions. These instructions have been developed through extensive research and field trials to establish what the preharvest interval and dosage must be to not exceed the MRL. If the MRLs exceed the destination’s requirements, or worse yet, if residues are detected from a product that is not registered for that crop, a producer stands to have his entire consignment either quarantined or rejected entirely. This is a very expensive mistake, and no producer should be willing to take such a risk.

Another draft regulation that was promulgated on 30 March 2022,­ which is fully aligned with CropLife SA’s stewardship principles and the lifecycle approach, is the Expended Producer Responsibility (EPR) regulation. This basically mandates all pesticide manufacturers to establish mechanisms for producers to dispose of empty pesticide packaging and obsolete stock in a responsible and lawful manner. CropLife SA and its members are fully committed and geared to complying with these regulations. However, producers also have a responsibility to ensure they make use of these available mechanisms for disposing of these containers and stock.

The list of laws and regulations go on and there are way too many to list in this article, but stewardship in general should not be confined to a carrot or stick approach. As mentioned previously, it must be a non-negotiable, proactive way of life for every role-player in the value chain – not just because it can affect a producer’s pocket or that they can find themselves on the wrong side of the law, but simply because it is the right thing to do, for humanity, for the planet and for the future generations that rely on us to leave a
better world. 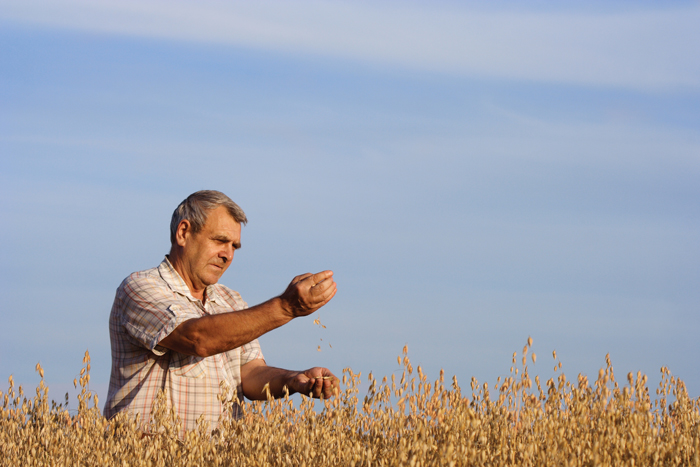