With the valuable addition of the modern plant breeding technique, genome editing (GE), governments are in disagreement whether GE should fall under the same regulatory status as genetic modification (GM).

The concern is that radical, different regulations in countries could stifle regional and international scientific innovation, food security, trade and economic gains. Due to these diverse approaches, CropLife SA is currently hosting an international webinar series to promote a more unified regulatory framework.

Difference between GM and GE
GM, the first generation in new breeding techniques (NBT), involves creating a genetically modified organism (GMO) by adding a gene from one type of organism to another organism. Such breeding cannot occur through traditional breeding techniques. GE, the second generation in NBT, involves targeted tweaks to the DNA of an organism by using the Crispr-Cas9 and related techniques. Such plant breeding contains no foreign DNA and is indistinguishable from traditionally bred plants.

United States of America
‘The USA has indicated that GE crop varieties do not constitute GMOs and should be regulated as conventional,’ said Donald Mackenzie, executive director: Institute for International Crop Improvement at the Donald Danforth Plant Science Centre in the USA, during the CropLife webinar held on 25 May this year.

‘In most countries, the legislation covers the entire food value chain. This includes crop development and the release of new varieties, seed trade and certification, crop production (such as fertiliser and pesticide applications and residues), food processing and manufacturing, food safety and adulteration, import and export, and consumer packaging and labelling. Overlaying these are regional or global standards and norms that must be met.

‘All these safeguards help to ensure a safe and nutritious food supply. As GE crops present the same safety profile as products of conventional breeding, it should be regulated equivalently,’ said Donald.

European Union
GE in the EU falls under the same stringent regulations as those for GM due to a ruling of the Court of Justice of the EU in 2018. However, the EU is currently reviewing its regulations on GE with the intent to take the restrictions under review.

This is due to a recently published study by the European Commission. It states that GE technologies can create new plants that are more resistant to diseases and harsh environmental conditions and which do not require the use of pesticides and fertilisers.

‘GE can promote the sustainability of agricultural production in line with the objectives of our Farm to Fork strategy,’ said Stella Kyriakides, EU commissioner for health and food safety. Hopes for an easier regulatory road for GE in European agriculture will, however, be met with significant resistance by environmental lobbying groups.

‘There have been positive moves towards harmonising GE regulations in Latin America. In the last few years Argentina, Brazil, Colombia, Chile, Guatemala, Honduras and Paraguay have adopted legal frameworks to give legal clarity to GE crop varieties.

‘GE plants and products cannot be distinguished from traditionally bred plants and products and a legal default is created when you try to differentiate something that you cannot see. A different regulatory risk assessment approach is needed for GE. Governments should avoid arbitrary and unjustifiable distinctions between crops developed through gene editing and crops developed through conventional breeding.

‘The overarching policy in Latin America is one of assessment on a case-by-case basis, providing opportunities for GE products to be excluded from strict regulation. In general, Latin America has created a flexible regulatory framework for new breeding techniques,’ said Prof Hernandez.

Africa
Sudan, Nigeria and Kenya all have approved field trials for various GMO crops. In South Africa, approvals extend to commercial status and therefore beyond field trials. Against this background, these countries are reviewing specific regulations on gene editing but none has yet been adopted.

The safe use of biotechnology in South Africa is ensured by the Genetically Modified Organisms Act of 1997 (GMO Act). The regulatory oversight as required by law falls under the executive council (EC) with assistance from an advisory council (AC) which consists of an expert panel of scientists.

‘The EC is currently seeking to develop a consensus view on a regulatory framework for GE in South Africa. After taking a recommendation from the AC into account, the EC concluded that such regulations should reside under the GMO Act,’ said Dr Julian Jaftha, chief director: Plant Production and Health of the Department of Agriculture, Land Reform and Rural Development. ‘The current option being considered is a two-tiered approach which will include appropriate risk assessment for the activity involving GE. 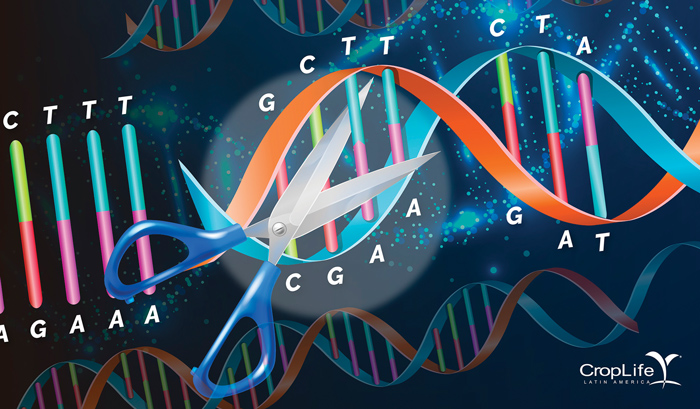