This project continued in 2020, with the aim to establish whether liming material and fertiliser quality are maintained according to the regulations of the Fertiliser Act (Act No. 36 of 1947) through random sampling of at least 140 fertilisers and 10 lime sources.

Interesting trends from 2017 to 2020
Some relevant statistics for the various fertilisers sampled from 2017 to 2020 are graphically displayed in Figure 1. It should be kept in mind that the number of fertilisers sampled and number of companies involved declined over time and that the same companies or number of samples from each company varied over time. Thus, assuming that the four investigations (each on its own) are a true reflection of the fertiliser quality of each year, the following can be stated: 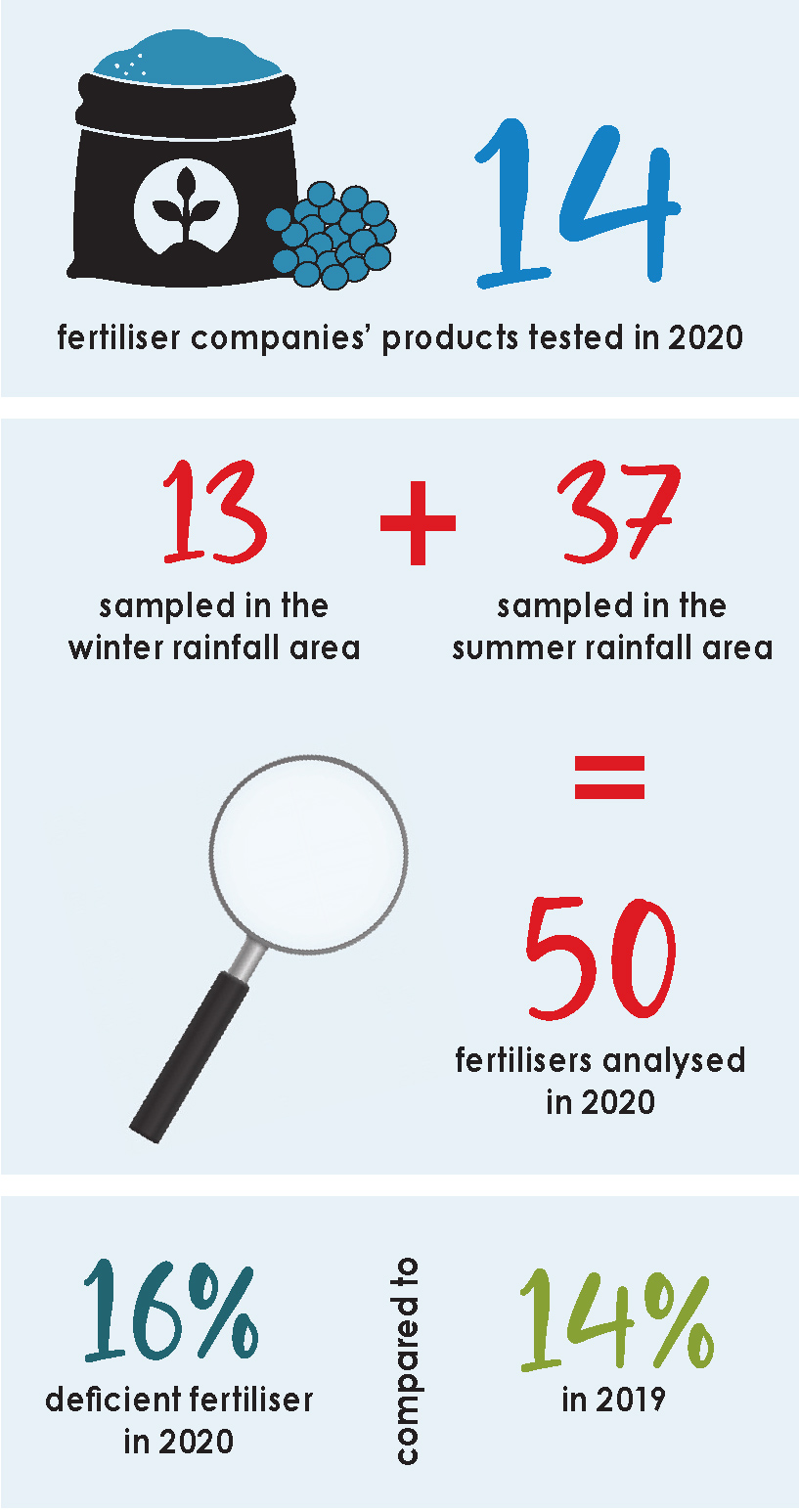 Conclusion
Considering all parameters evaluated in 2020, excess amounts of nutrients were present in fertilisers as the mean measured content was from 1% to 5% higher than the mean registered content for total nutrients and the individual macronutrients nitrogen, phosphorus, potassium and sulphur. This implies that these products fulfilled quality standards – and even exceeded it. 16% of fertilisers, however, was deficient with 12% alone due to inadequate amounts of zinc.

The number of fertilisers sampled and companies involved declined from the 2017 investigation to the 2020 investigation. Over this period the percentage deficient fertiliser initially declined and has been fluctuating between 14% and 16% for the past three years.

None of the liming materials evaluated in 2020 complied with the particle size quality standards, but all exceeded the minimum chemical requirements. The single gypsum sampled met all requirements.