Species of the fungal genera Aspergillus, Fusarium and Penicillium are known to produce mycotoxins in a wide range of staple grains worldwide.

It is estimated that mycotoxins contami­nate a quarter of the world’s food crops, resulting in an annual economic loss of approximately $1,4 billion in the United States alone. Aﬂatoxin contamination of maize was estimated at $75 to $100 million in 1985, and recently between $52,1 million and $1,68 billion annually in the United States.

Health implications
Mycotoxins exhibit a variety of biological effects and are implicated in several human diseases, therefore the prevention of chronic dietary exposure – particularly in low- and middle-income countries such as southern Africa – is of critical importance. Young children are especially vulnerable, with chronic exposure resulting in adverse health effects such as growth impairment. Co-contamination of food and co-exposure to multiple mycotoxins have been widely documented in low socioeconomic areas in Africa, and
is of particular concern.

Most vulnerable: subsistence farming communities
When considering the worldwide regulation of mycotoxins in food, low- to middle-income countries seem to be affected the most. It was estimated that enforcement of strict regulations regarding aﬂatoxin contamination by the European Union would result in the rejection of 64% of imports of cereals, dried fruits and nuts from African countries, with an estimated trade loss per year of approximately $670 million. In low-income countries this can result in an increased risk of mycotoxin exposure with subsistence farming communities being the most vulnerable. In southern Africa, 80% of farms are smallholdings that provide their households with subsistence crops.

High exposure in vulnerable populations
In the Eastern Cape, maize is commonly used as complementary and weaning food. Studies conducted in parts of the province have indicated high levels of fumonisin B (FB) mycotoxins in home-grown maize, as well as co-occurrence of other Fusarium mycotoxins such as deoxynivalenol (DON) and zearalenone (ZEA). Exposures stratified by age indicated persistent high mean probable daily intakes (PDIs) for total FB, above the provisional maximum tolerable daily intake (PMTDI) of 2 µg/kg body weight/day (bw/day), ranging between 5,0 to 1,6 µg/kg bw/day. It is estimated that 81% and 13% of children had exposures above the PMTDI for total FB and for ZEA, respectively. These exposure trends confirm the magnitude of especially FB exposure among vulnerable groups from subsistence maize farming areas in the Eastern Cape. 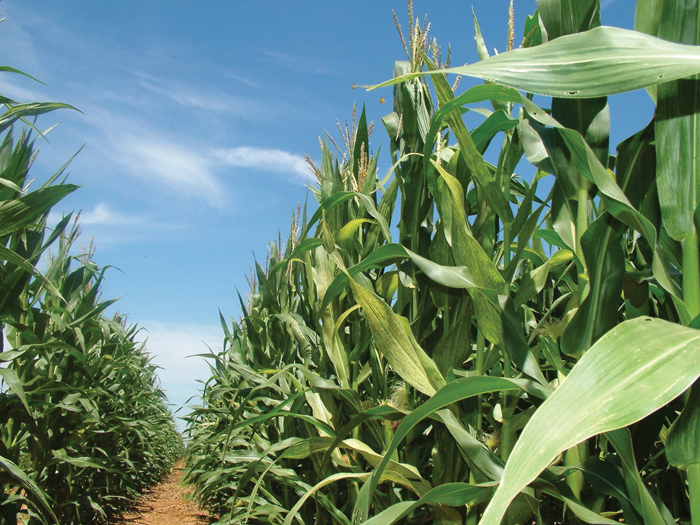 Biological control methods
Reduction of fungal toxins in maize via physical and chemical control methods has stimulated an increased interest in biologically based approaches. These methods most likely will have a reduced effect on the nutritional value, quality, safety, sensory attributes of foods and feed, and impact on the environment. Effective reduction of mycotoxins in grains has been demonstrated with the application of enzymes, natural clay adsorbents, biocontrol organisms, antioxidants, essential oils, plant extracts and molecular approaches.

Detoxification of mycotoxins utilising enzymatic approaches
Recent studies on enzymatic detoxification focus on transformation of the chemical structures of mycotoxins by conversion of chemical groups that play a key role during toxic and carcinogenic properties. Several microorganisms have proved to effectively detoxify the most important mycotoxins contaminating maize such as aflatoxin B1 (AFB1), FB, DON and ZEA. This information was further developed by identifying microbial enzymes responsible for the transformation. Detoxification of (i) AFB1 have been demonstrated with laccase enzymes, possibly through cleavage of the double bond of the furofuran ring through oxidation, (ii) FB1, through de-esterification by carboxylesterase enzymes and subsequent deamination by amino-transferase enzymes, (iii) DON, by reactions targeting its epoxide group or hydroxyl on carbon 3. Microbial preparations have been developed by BIOMIN (Tulln, Austria) to detoxify DON to the metabolite de-epoxy-DON, and (iv) a ZEA-lactonase of Gliocladium roseum hydrolysis ZEA to an unstable intermediate, which spontaneously decarboxylates to non-oestrogenic, decarboxylated hydrolysed ZEA.

Fumonisin esterase FumD
Recently, a commercial fumonisin esterase FumD (EC 3.1.1.87) (FUMzyme®; BIOMIN, Tulln, Austria) capable of effectively removing the tricarballylic acid groups of FB1-yielding hydrolysed FB1 (HFB1), was commercialised. FUMzyme has been regarded safe for humans, animals and the environment by the European Food Safety Authority. The enzyme is speciﬁc and irreversibly hydrolyses FB1 into HFB1. HFB1 exhibited less toxic effects and is effective as a feed enzyme when incorporated into ground maize intended for animal feed. A broader application could add value in subsistence farming communities where people are exposed to unacceptable levels of FB in their staple diet. 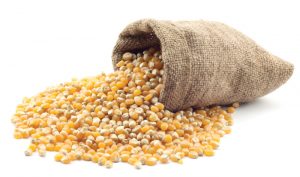 Fumonisin levels and enzyme efficacy
Treatment with 1 000 U/ℓ FumD for one hour effectively reduced FB in ‘low’ and ‘high’ FB-contaminated maize, resulting in ≥80% reduction in the total FB levels, representing a twofold reduction in the kernels and complete removal of that leached into the residual enzyme solution (aqueous phase) (Figure 1 and Figure 2). The efficacy of FumD is affected by the level of FB contamination as well as the FB diffusion rate from inner kernel layers into the aqueous phase, which contains FumD. As fungal infection is generally limited to the pericarp and embryo, the fungus is likely to penetrate deeper into damaged kernels with mycotoxins contaminating the endosperm. This became evident as the FB diffusion rate into the aqueous phase of ‘high’ FB-contaminated maize is much slower (50% retained inside the kernel) as compared to ‘low’ FB-contaminated maize (30% retained inside the kernel).

In the presence of FumD approximately 20% FB was retained in the maize kernel while it was completely removed from the aqueous phase. The prominent reduction in the ‘high’ contaminated maize is also attributed to the infiltration of FumD into the damaged kernel due to extensive damage to the pericarp. Therefore, the efficacy of FB hydrolysis is time dependent and FB accessibility at the kernel/­aqueous interphase will be determined by the extent of fungal penetration into the kernel.

Application: reduction of exposure
The FumD FB reduction method is suitable for direct application in the food chain utilising maize postharvest. As FB hydrolysis is easily obtainable in the aqueous phase, it could be discarded prior to food processing. The current FB reduction method provides an applicable approach to reduce exposure in vulnerable subsistence maize farming communities known to be exposed above the tolerable daily intake levels of 2 µg/kg bw/day.

Acknowledgements
The Maize Trust for the ﬁnancial support of research on enzymatic methods for reduction of mycotoxin concentrations in maize (Project 13/04). BIOMIN (Tulln, Austria) for providing the FumD enzyme for the project.

Thabang - March 31, 2021
0
In South Africa, maize eyespot has generally been of minor economic importance due to its limited incidence range (spatial) and low disease severities, with...