Maize is one of the most important agricultural crops in South Africa, with approximately 2,3 million ha planted annually. Managing diseases is just one of the many aspects of production that maize producers need to consider each season.

While the symptoms of many of the leaf disease pathogens are often obvious from early in the season, the symptoms and effect of diseases infecting the grain are often only fully realised at harvest time, long after any opportunity has passed to try and remedy the situation.

The financial implications of these two losses when combined can be substantial, so reducing the risk of ear rots is a very important aspect of production.

While there are several different causal organisms for ear rot in maize, they all require the fulfilment of what is commonly termed the ‘disease triangle’ for infection to occur. When all three corners (factors) of the triangle are present simultaneously, disease development can take place (Figure 1).

The factor at each corner presents an opportunity to manage disease development. The host plant (maize hybrid), the presence or absence of the pathogen and the environmental conditions each provide a unique chance to get ahead of a potential problem.

In South Africa the three main ear rot pathogens that occur are Gibberella ear rot, Diplodia ear rot and Fusarium ear rot. Sporadic outbreaks of at least some of these diseases occur with varying severity in most seasons. The environmental conditions favourable for Gibberella infection are prolonged cool, wet weather within three weeks of the onset of silking. Diplodia is favoured by a dry early season, followed by extended wet conditions at silking. Fusarium ear rot generally occurs as a secondary infection associated with insect damage on the ears.

Timing is important
Spreading planting dates and using hybrids from a range of growth classes can help against both Gibberella and Diplodia ear rots because of their strong link to environmental conditions for infection to take place. A range of planting dates and growth classes will widen the window during which silking will occur and help to mitigate risk. Using Bt-containing hybrids or good chemical control of chewing insects from silking to R5 stage can reduce the impact of Fusarium ear rot, which is often associated with insects feeding on the ears.

Choose the right hybrids
Hybrid selection can also be used to reduce the risk of ear rots. Most seed companies will be able to give at least some indication of hybrid susceptibility to these more common ear rots. By balancing the risks of these diseases with the attributes of hybrids in a package, the risk of significant crop loss due to ear rots can be reduced. As previously mentioned, hybrid growth classes should also be considered to help spread the risk.

Reduce inoculum levels
Taking the pathogens into account, the reduction of inoculum levels in the fields is an important tool in managing the risk of infection. Overwintering of the pathogens occurs in the crop residues. Practices such as tillage to break down the crop residues as well as crop rotation to non-host crops, can bring down the risk of problems in future maize crops.

Click on the QR code for more information on ear rot diseases and diseases in general. 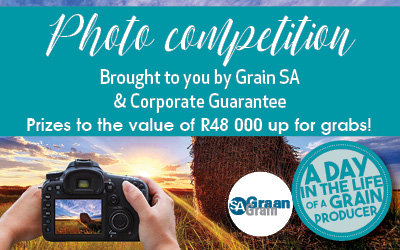 Thabang - May 7, 2021
0
When it comes to planning a crop protection spray programme for the season, there are various aspects to consider for achieving optimal results –...